Preorder THE 1619 PROJECT by Nikole Hannah-Jones

SIGNED COPIES SOLD OUT! PLEASE EMAIL ORDERS@LOYALTYBOOKSTORES.COM TO BE PUT ON WAITLIST!

You can still preorder a regular copy below, but there is no garantee it will be a signed copy as of 10.8.21. 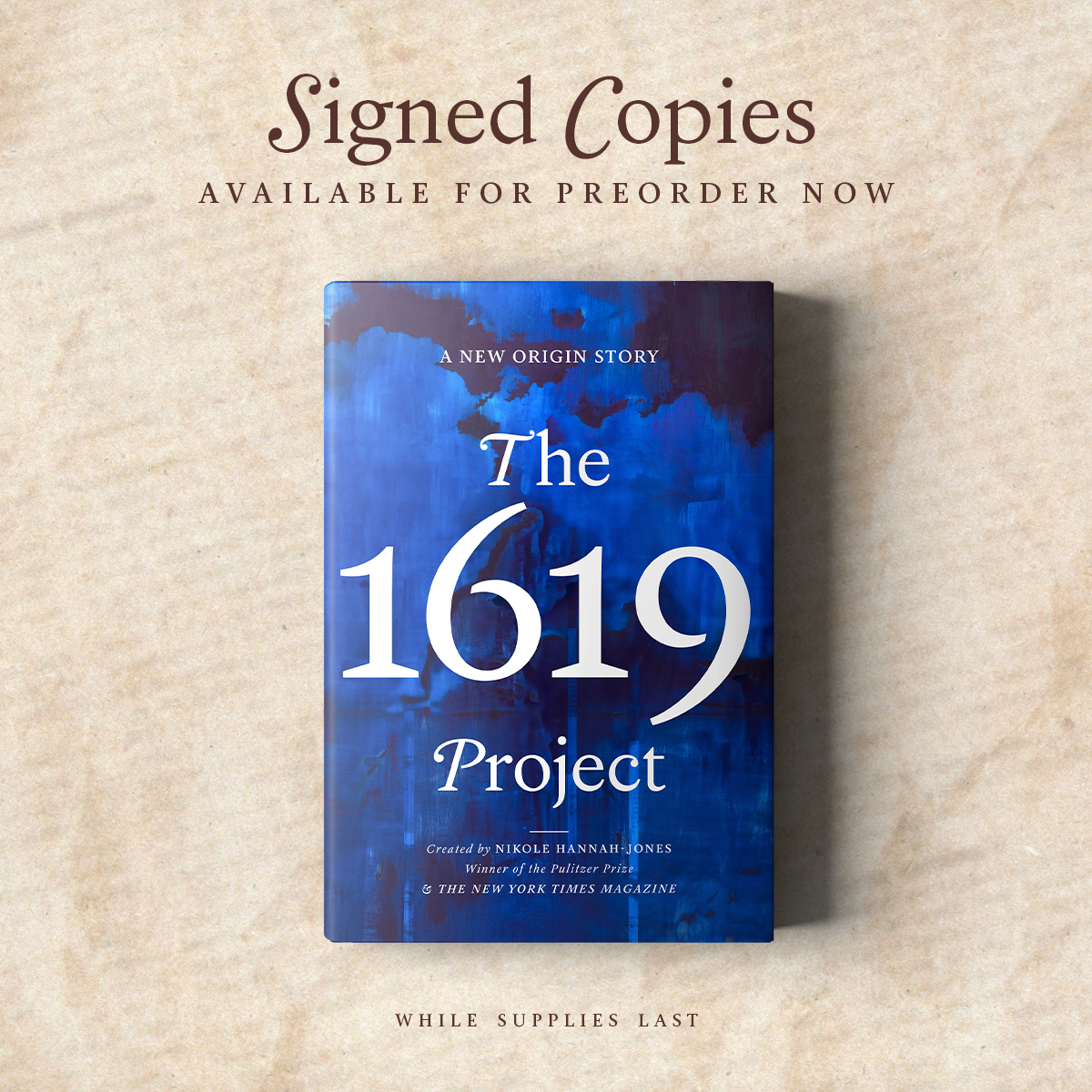 LOYALTY IS THRILLED TO OFFER SIGNED COPIES OF THE 1619 PROJECT: A NEW ORIGIN STORY!  Preorder your copy of this incredible book to snag a signed copy. *While supplies last. We will update this page when we have sold out of signed copies for preorder.

Please note we are limitting copies of this book to three per customer as of 9.13.21!

A dramatic expansion of a groundbreaking work of journalism, The 1619 Project: A New Origin Story offers a profoundly revealing vision of the American past and present.

In late August 1619, a ship arrived in the British colony of Virginia bearing a cargo of twenty to thirty enslaved people from Africa. Their arrival led to the barbaric and unprecedented system of American chattel slavery that would last for the next 250 years. This is sometimes referred to as the country’s original sin, but it is more than that: It is the source of so much that still defines the United States.

The New York Times Magazine’s award-winning “1619 Project” issue reframed our understanding of American history by placing slavery and its continuing legacy at the center of our national narrative. This new book substantially expands on that work, weaving together eighteen essays that explore the legacy of slavery in present-day America with thirty-six poems and works of fiction that illuminate key moments of oppression, struggle, and resistance. The essays show how the inheritance of 1619 reaches into every part of contemporary American society, from politics, music, diet, traffic, and citizenship to capitalism, religion, and our democracy itself.

This is a book that speaks directly to our current moment, contextualizing the systems of race and caste within which we operate today. It reveals long-glossed-over truths around our nation’s founding and construction—and the way that the legacy of slavery did not end with emancipation, but continues to shape contemporary American life.

Nikole Hannah-Jones is a Pulitzer Prize–winning reporter covering racial injustice for The New York Times Magazine, and creator of the landmark 1619 Project. In 2017, she received a MacArthur Foundation Fellowship, known as the Genius Grant, for her work on educational inequality. She has also won a Peabody Award, two George Polk Awards, three National Magazine Awards, and the 2018 John Chancellor Award for Excellence in Journalism from Columbia University. In 2016, Hannah-Jones co-founded the Ida B. Wells Society for Investigative Reporting, a training and mentorship organization geared toward increasing the number of investigative reporters of color.

The 1619 Project is an ongoing initiative from The New York Times Magazine that began in August 2019, the four hundredth anniversary of the beginning of American slavery. It is led by Pulitzer Prize–winning journalist Nikole Hannah-Jones, along with New York Times Magazine editor-in-chief Jake Silverstein, Ilena Silverman, and Caitlin Roper.