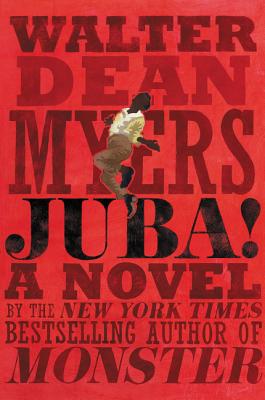 In New York Times bestselling author Walter Dean Myers’s final novel, he delivers a gripping story based on the life of a real dancer known as “Master Juba,” who lived in the nineteenth century.

The novel includes photographs, maps, and other images from Juba’s time, as well as an afterword from Walter Dean Myers’s wife, Constance Myers, about the writing process of Juba!

Walter Dean Myers was the New York Times bestselling author of Monster, the winner of the first Michael L. Printz Award; a former National Ambassador for Young People's Literature; and an inaugural NYC Literary Honoree. Myers received every single major award in the field of children's literature. He was the author of two Newbery Honor Books and six Coretta Scott King Awardees. He was the recipient of the Margaret A. Edwards Award for lifetime achievement in writing for young adults, a three-time National Book Award Finalist, as well as the first-ever recipient of the Coretta Scott King-Virginia Hamilton Award for Lifetime Achievement.

“An intriguing glimpse into America’s past.” — Booklist