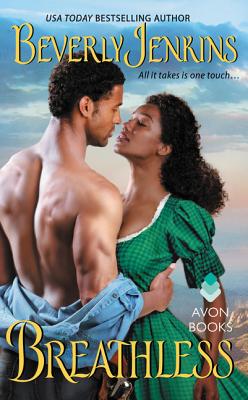 A strong-willed beauty finds herself in the arms of the handsome drifter from her past, in this second book in the sizzling series set in the Old West, from USA Today bestselling author Beverly Jenkins.

As manager of one of the finest hotels in Arizona Territory, Portia Carmichael has respect and stability—qualities sorely missing from her harsh childhood. She refuses to jeopardize that by hitching herself to the wrong man. Suitors are plentiful, but none of them has ever looked quite as tempting as the family friend who just rode into town…and none has looked at her with such intensity and heat.

Duchess. That’s the nickname Kent Randolph gave Portia when she was a young girl. Now she’s a stunning, intelligent woman—and Kent has learned his share of hard lessons. After drifting through the West, he’s learned the value of a place to settle down, and in Portia’s arms he’s found that and more. But convincing her to trust him with her heart, not just her passion, will be the greatest challenge he’s known—and one he intends to win…

“Jenkins has not disappointed with the second installment in her Old West series. Her writing is both sexy and smart, and her characters come to life as real people the reader will want to know better. A thrilling and enjoyable read.” — Kirkus Reviews (starred review)

“This is another stellar entry in Jenkins’ continuing exploration of the African-American experience. She expertly combines classic romance with snippets of little-known history that will keep readers returning for more. The second entry in the Old West trilogy is full of the love that fans have come to expect, even as the dangers of life in the 19th century play out.” — RT Book Reviews (top pick)

“exquisitely written... soars with passion between scenes of gritty action as a feisty heroine and down-to-earth hero shape their future against race, class, and gender expectations... This heartfelt story and its endearing characters and gratifying ending will leave readers breathing a sigh of pure contentment.” — Publishers Weekly (starred review)

“another stellar entry in Jenkins’ continuing exploration of the African-American experience. She expertly combines classic romance with snippets of little-known history that will keep readers returning for more. [...] full of the love that fans have come to expect...” — RT Book Reviews (top pick)