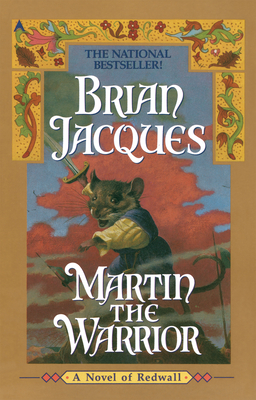 This is book number 6 in the Redwall series.

New York Times bestselling author Brian Jacques gives us another tale of Redwall, filled with “The Knights of the Round Table with paws” (The Sunday Times) along with their friends and enemies.

Finally, the long-awaited tale of Martin, the warrior mouse of Redwall.

As a child, Martin was brought to the stronghold of Badrang the Tyrant, forcing into enslavement behind its massive walls. But he was strong. He was brave. And mere escape was not his plan, as long as his father’s sword rested in Badrang’s ruthless fist…