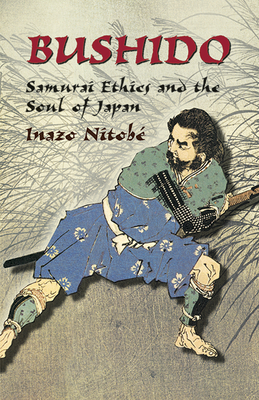 At the turn of the twentieth century, when Japan was evolving from an isolated feudal society into a modern nation, a Japanese educator wrote this book to introduce the rest of the world to his society's traditional values. Author Inazo Nitob defines bushido (the way of the warrior) as the source of the virtues most admired by his people; rectitude, courage, benevolence, politeness, sincerity, honor, loyalty, and self-control. In this eloquent work, he explains the influence of the ideals and manners of the martial code and their role in forming the basis of the morals, ethics, and etiquette of Japanese culture, past, and present.
This popular and informative book, translated into more than 30 languages since its original publication in 1900, takes an eclectic and far-reaching approach. Nitob draws examples from indigenous traditions including Buddhism, Shintoism, Confucianism, and the centuries-old moral compass supplied by Japanese samurai and sages. He reinforces these illustrations by citing similarities and contrasts from ancient and modern philosophers and statesmen of the Western world.
Generations of scholars and other readers with an interest in sociology have turned to this classic for insights into the nature of Japanese society. Its teachings are essential to gain a true understanding of the soul of Japan.