Theory and Reality of Democracy (Hardcover) 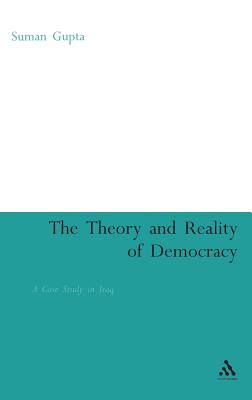 This is a study of conceptualizations and applications of the idea of democracy in international and transnational politics (outside the confines of constituted political states, or outside a broadly understood domestic political sphere), which uses a politically realist methodology. This study provides a critical survey of current conceptual positions assumed in this area, and tests these against specific real world events, using the invasion and occupation of Iraq by a US-UK led coalition as a case study. Several aspects of this context are examined here, with a view to discerning how existing conceptualizations of democracy in the international/ transnational domain impinge upon and are tested by the real world. Ultimately this study focuses on the confusions and obfuscations that follow from conflating the normative connotations of democracy with the oligarchic multi-party elective arrangements that are denoted as democratic.

The book is divided into two parts - the first examines the six prevailing conceptual positions on democracy in the international/transnational domain in terms of:

(a) their normative and legislative connotations; and
(b) the manner in which they negotiate boundaries.

The second part tests the observations made in Part 1 against real-world events, using the build up to military intervention in and subsequent occupation of Iraq. During these events the notion of democracy was continually being deployed and dissected in a wide variety of different ways: justifications for and against military action were constantly framed in terms of democracy; the democractic structure and credentials of the UN were stretched almost to breaking point; mass marches and rallies were claimed as a democratic expression of protest; and a discourse of 'democratization' has dominated the occupation period.

Suman Gupta is a Senior Lecturer in Literature at the Open University; Director of the International Collaborative Project on Globalization, Identity Politics and Social Conflict; and Honorary Senior Research Fellow, Centre for Research in Human Rights, Roehampton University. He is the author of six books - including Marxism, History and Intellectuals, Corporate Capitalism and Political Philosophy, and The Replication of Violence: Thoughts on International Terrorism After 11 September 2001, and has edited several books and published numerous scholarly papers.