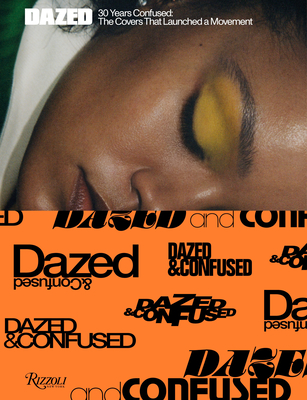 Celebrating 30 years of Dazed’s boundary-pushing storytelling at the forefront of youth culture, this book reveals the past, present, and future of Dazed through its bold cover designs and manifesto-like headlines.


In 1991, the first issue of Dazed & Confused was released as a single A2 foldout newsprint by a then 20-year-old Jefferson Hack and the photographer Rankin. Now, 30 years later, what began as a print magazine has gone on to provoke a change in consciousness, becoming a vital cultural manifesto for today. Created for an audience that wants to be both informed and inspired to imagine, its radical approach to publishing means that Dazed is still at the forefront of youth culture today.

Split into ten chapters—taken from the magazine’s most memorable cover lines—this book explores how these early manifestos reflect the magazine’s ethos today. Time-traveling from the ’90s to now, a new generation of image makers sit side by side with archival materials to showcase how Dazed has always interpreted celebrity through its own boundary-pushing lens: from Alexander McQueen and David Bowie’s first official, recorded conversation and the designer’s “Fashion-Able?” cover, to a rare appearance and guest-edit by Chelsea Manning, to rapper Young Thug shot by Harley Weir.

Jefferson Hack is the CEO and cofounder of Dazed Media, the independent publishing company responsible for Dazed & Confused, Dazed Digital, AnOther Magazine, and Another Man. In 2010, Hack cofounded Nowness, an independent luxury lifestyle video channel in partnership with LVMH Moët Hennessy Louis Vuitton. In 2017, Dazed Media and Modern Media formed a joint venture titled Modern Dazed and acquired a majority stake in Nowness.

"Since its inception nearly 30 years ago in London, Dazed has set the tone for the zeitgeist, always pushing the boundaries with independent fashion, music, art, film, and more. This celebration of its most memorable magazine covers features 200 color photographs and contributions by the likes of Bjork, Iris Apfel, and Vivienne Westwood, taking us on a journey from the 90's up till today." —INDULGE

". . .a three-decades-long time capsule of the voices of the youth culture and what was on their minds . . ." —NEW YORK JOURNAL OF BOOKS

"This tome revisits some of the magazine’s most iconic moments — ranging from its first-ever issue in 1991 to Young Thug in a bubble bath circa 2015 to David Bowie and Alexander McQueen’s first-ever recorded conversation, which took place in 1996." —NEW YORK MAGAZINE