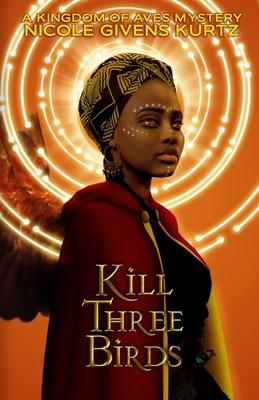 Sent to investigate a strange murder in a quiet remote egg, can Hawk Tasifa find the killer before she becomes the next target?

Prentice Tasifais an investigative hawk whose been deployed from The Order to the small egg of Gould, a mountain village. A missing girl had been found dead. Hawks investigate strange and difficult situations throughout the Kingdom of Aves. They can "see the unseen," by accessing a unique ability to activate hawk-like vision, a trait they carry through their bloodlines.

When Prentice arrives in Gould, she soon discovers that there isn't just one bird dead, but three. Has the hidden town's secrets contributed to the deaths? Did the victim's controversial relationship?

There's a serial killer operating in little known Gould, and she has to find the person before she ends up next.