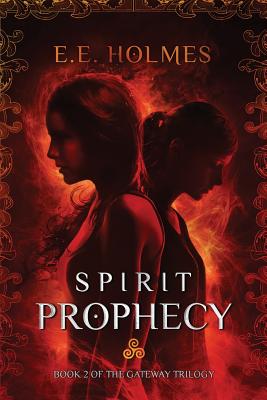 Two sisters, haunted by more than their past...

Just weeks after discovering each other's existence, Jess and Hannah Ballard arrive at Fairhaven Hall, where they will learn the clandestine ways of the Durupinen, an ancient sect of women who control the Gateways between the worlds of the living and the dead.

Though they are considered outcasts by most of their classmates, Jess and Hannah are determined to learn what they can to fulfill their responsibility to the many ghosts that haunt them. But danger, it seems, has followed them as closely as a shadow to their new home, and they have more questions than ever.

Who is the desperate child spirit pursuing Jess, and what do her terrifying visions mean? What has happened to Dr. David Pierce, Jess' friend and mentor, who has suddenly and mysteriously vanished? And just what is it about Hannah's unique abilities that has the other Durupinen frightened of her? The Ballard sisters are about to find out, and the answers could destroy their newfound life before it has even begun.

E.E. Holmes is a writer, teacher, and actor living near Boston, MA with her husband, daughter, and a small, but surprisingly loud dog. When not writing, she enjoys performing, analyzing Shakespeare, watching unhealthy amounts of British television, and reading with her daughter. She has written several one-act plays, including one that premiered at the Edinburgh Fringe Festival in 2010. Her first novel in this series, Spirit Legacy, was named a first place category winner in both the Paranormal Awards and the Dante Rossetti Awards for YA Fiction by Chanticleer Book Reviews and Media in 2013. For more information about The Gateway Trilogy, please visit eeholmes.com