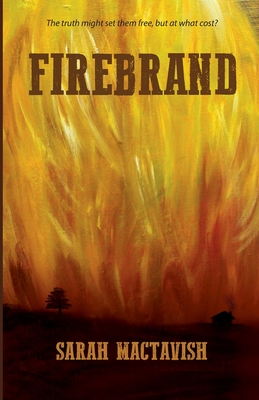 This is book number 1 in the Firebrand series.

Saoirse Callahan's family is broken. Hunger forced them out of Ireland and they still struggle to survive in their new home, where scorching Texas droughts threaten their small farm. Then, on one blazing Sunday afternoon, a series of mysterious fires devastates the region. Whispered rumors of a slave rebellion soon flame into a statewide panic. Vigilantes scour the countryside for arsonists, targeting foreigners and slaves in a bloodthirsty witch-hunt. Saoirse is determined to find out how the fires really started, but the more questions she asks, the more she puts her family and friends in danger. And the truth may be more than she can handle.

Meanwhile, safe in Pennsylvania, Westleigh Kavanagh can call himself an abolitionist with little fear. But when he realizes his father's new boarder is actually a runaway slave, he must keep the wanted man's identity a secret. Because Westleigh's father is the sheriff, and bound by law to help capture fugitives, whether he believes in slavery or not. Westleigh wants to protect his father from the truth, but the longer he lies, the greater chance they will all be caught. Then Westleigh makes his own discovery--an old forbidden journal that holds secrets of his father's past. Secrets that lead to the Callahans. Secrets that, if unraveled, could destroy both families.