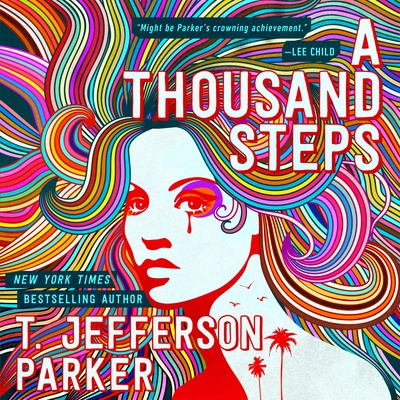 Laguna Beach, California, 1968. The Age of Aquarius is in full swing. Timothy Leary is a rock star. LSD is God. Folks from all over are flocking to Laguna, seeking peace, love, and enlightenment.

Matt Antony is just trying get by.

Matt is sixteen, broke, and never sure where his next meal is coming from. Mom’s a stoner, his deadbeat dad is a no-show, his brother’s fighting in Nam . . . and his big sister Jazz has just gone missing. The cops figure she’s just another runaway hippie chick, enjoying a summer of love, but Matt doesn’t believe it. Not after another missing girl turns up dead on the beach.

All Matt really wants to do is get his driver’s license and ask out the girl he’s been crushing on since fourth grade, yet it’s up to him to find his sister. But in a town where the cops don’t trust the hippies and the hippies don’t trust the cops, uncovering what’s really happened to Jazz is going to force him to grow up fast.

If it’s not already too late.

T. Jefferson Parker is the author of numerous novels and short stories, the winner of three Edgar Awards (for Silent Joe, California Girl, and the short story "Skinhead Central"), and the recipient of a Los Angeles Times Book Prize for best mystery (Silent Joe). Before becoming a full-time novelist, he was an award-winning reporter. He lives in Fallbrook, California.

"This twisty tale of teen’s desperate plan to save his sister and right his off-keel family is a compelling coming-of-age thriller that will entrance you with its ‘60s vibe and backdrop, and captivate you with its engaging storytelling and a believable cast of characters –including one heroic kid you can’t help but to root for." —USA Today

"A unique thriller and also a coming-of-age story: the not-so-sentimental education of an impressionable teen. Mr. Parker has given us a well-designed flashback to a tie-dyed time that in some ways seems like the day before yesterday and in others feels like a century ago." —Wall Street Journal

“As powerful as a riptide in summer...A Thousand Steps reopens for our reconsideration the consequences of clashes between authority and freedom, order and chaos, that persist to this day — and the innocents that will always get caught in the tumult." —Los Angeles Times Book Review

“Parker already has two or three titles on my all-time best-ever list. . . and now comes A Thousand Steps, which might be his crowning achievement. It's a great story and a nuanced look at the nation in 1968, and above all it proves no one inhabits character as completely and intensely—Matt Anthony is a changing boy in a changing time, and you won't ever forget him.” —Lee Child, New York Times bestselling author of the Jack Reacher series

"Parker is one of the greats, and has been for years. ...Pick up A THOUSAND STEPS, and journey to a California that only Parker could deliver with such vibrancy and verve. In a story that will squeeze hearts and steal sleep, Parker uses his prodigious talents to bury his readers deep in that special time, to make them travelers in the past, white-knuckled and breathless for fear of missing a detail, a moment, the ride of a lifetime." —John Hart, New York Times bestselling author

"A rousing standalone novel that is as much a coming-of-age tale as it is a mystery." —South Florida Sun-Sentinel


“Parker ranks as one of the top contemporary suspense writers.” —Publishers Weekly

“As much sensitive coming-of-age novel as it is edgy thriller...Parker juggles his
disparate elements superbly.” —Booklist