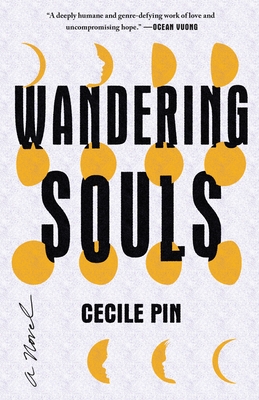 "A deeply humane and genre-defying work of love and uncompromising hope."—Ocean Vuong

A boldly imagined debut novel about three Vietnamese siblings who seek refuge in the UK, expanding into a luminous meditation on ancestry and love

There are the goodbyes and then the fishing out of the bodies—everything in between is speculation.

After the last American troops leave Vietnam, siblings Anh, Thanh, and Minh begin a perilous journey to Hong Kong with the promise that their parents and younger siblings will soon follow. But when tragedy strikes, the three children are left orphaned, and sixteen-year-old Anh becomes the caretaker for her two younger brothers overnight.

In the years that follow, Anh and her brothers resettle in the UK and confront their new identities as refugees, first in overcrowded camps and resettlement centers and then, later, in a modernizing London plagued by social inequality and raging anti-immigrant sentiment. Anh works in a clothing factory to pay their bills. Minh loiters about with fellow unemployed high school dropouts. Thanh, the youngest, plays soccer with his British friends after class. As they mature, each sibling reckons with survivor’s guilt, unmoored by their parents’ absence. With every choice they make, their paths diverge further, until it’s unclear if love alone can keep them together.

Told through lyrical narrative threads, historical research, voices from lost family, and notes by an unnamed narrator determined to chart their fate, Wandering Souls captures the lives of a family marked by war and loss yet relentless in the pursuit of a better future. With urgency and precision, it affirms that the most important stories are those we claim for ourselves, establishing Cecile Pin as a masterful new literary voice.

Cecile Pin grew up in Paris and New York City. She moved to London at eighteen to study philosophy at University College London and received an MA at King’s College London. She writes for Bad Form Review, was long-listed for their Young Writers’ Prize, and is a 2021 London Writers Award winner. Wandering Souls is her first novel.

"A debut in name only, Wandering Souls is an astute and sure-footed excavation of family, selfhood, and loss in the shadow of colonial violence. It is also a deeply humane and genre-defying work of love and uncompromising hope through a long-overdue portrayal of Vietnamese life in the UK. A mighty achievement."
—Ocean Vuong, New York Times bestselling author of On Earth We're Briefly Gorgeous and Time is a Mother

"Wandering Souls achieves a rare feat, taking a familiar story and making it something entirely new. With language at once both concise and gorgeous, Pin opens a window into questions of duty, identity, and love. Here migration is less a desire for survival than a journey into the thundering heart of family itself, where connection and understanding are hard-won and ultimately redemptive."
—Kawai Strong Washburn, author of Sharks in the Time of Saviors

"A haunting exploration of love and leaving told with a quiet longing that grabs you and doesn't let go. Wandering Souls asks what it takes not only to survive unimaginable loss, but to live through it and thrive. Exceptional."
—Jenny Tinghui Zhang, author of Four Treasures of the Sky

"Wandering Souls profoundly grapples with how people survive and remake themselves and their communities after tragedy. The novel asks: What does remembrance require? What are the costs of forgetting? And is there such a thing as moving on? Cecile Pin presents no easy answers. Instead, she has created a form to contain all of the contradiction, heartbreak, hope, and tender humanity."
—Nadia Owusu, author of Aftershocks

"Wandering Souls is deeply moving and deeply generous. Pin writes about the Vietnamese diaspora in the UK—its past and its present—with love and care. I cried reading it."
—Yara Rodrigues Fowler, author of Stubborn Archivist