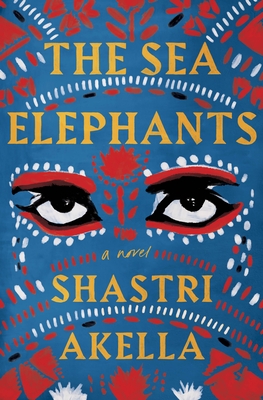 For fans of Shuggie Bain and A Burning, a queer coming-of-age novel set in 1990s India, about a young man who joins a traveling theater troupe

Shagun knows he will never be the kind of son his father demands. After the sudden deaths of his beloved twin sisters, Shagun flees his own guilt, his mother’s grief, and his father’s violent disapproval by enrolling at an all-boys boarding school. But he doesn’t find true belonging until he encounters a traveling theater troupe performing the Hindu myths of his childhood.

Welcomed by the other storytellers, Shagun thrives, easily embodying mortals and gods, men and women, and living on the road, where his father can’t catch him. When Shagun meets Marc, a charming photographer, he seems to have found the love he always longed for, too. But not even Marc can save him from his lingering shame, nor his father’s ever-present threat to send him to a conversion center. As Shagun’s past begins to engulf him once again, he must decide if he is strong enough to face what he fears most, and to boldly claim his own happiness.

Utterly immersive and spellbinding, The Sea Elephants is both dark and beautiful, harrowing and triumphant. An ode to the redemptive joys of art, Shastri Akella’s debut novel is a celebration of hard-won love—of others and for ourselves.

Shastri Akella holds an MFA in Creative Writing and a PhD in Comparative Literature from the University of Massachusetts Amherst. His writing has appeared in Guernica, The Master's Review, Electric Literature, the Los Angeles Review of Books, The Rumpus, PANK, The Common, and World Literature Review, among others. The Sea Elephants is his debut novel.

Praise for The Sea Elephants

“By turns tender and brutal, The Sea Elephants navigates the tumultuous waters of grief, guilt, and love with grace and precision. Akella has written an exquisite novel destined to be a classic.”
—Eric Nguyen, author of Things We Lost to the Water

“Akella’s powerful debut novel crackles with a magical force. This redemptive tale tracks Shagun Mathur through seaside villages, boarding schools, traveling drama troops, and prison-like re-education centers, as if Dickens had trained his eye on 1990s India and chosen a young, guilt-ridden, love-seeking gay young man as his protagonist. Both harrowing and heartwarming, Akella’s novel is a powerful narrative forged at the intersection of art and being.”
—Sabina Murray, author of Valiant Gentlemen and The Human Zoo

“Akella’s depictions of boarding school life (think Lord of the Flies) are unforgettable, and the haunting episodes in conversion therapy are rivaled in their effect only by the striking beauty of the descriptions of life on the Indian street theater circuit. Marking the arrival of a major new talent, The Sea Elephants enthralled and mesmerized me, broke my heart and lifted me up.”
—Jeff Parker, author of Where Bears Roam the Streets: A Russian Journal

“Akella’s debut is a powerful exploration of what it means to seek love in uncertain times, against the demands of family, tradition, and state. Read this novel not only for its vibrant forbidden romance but also for its summoning of ancient mythology through street theater, where old myths find new ways to be reshaped.”
—Jai Chakrabarti, author of A Play for the End of the World