The Deep Sky: A Novel (Hardcover) 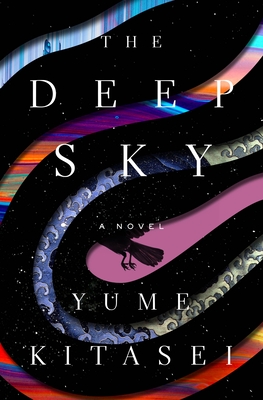 Yume Kitasei's The Deep Sky is an enthralling sci fi thriller debut about a mission into deep space that begins with a lethal explosion that leaves the survivors questioning the loyalty of the crew.

They left Earth to save humanity. They’ll have to save themselves first.

It is the eve of Earth’s environmental collapse. A single ship carries humanity’s last hope: eighty elite graduates of a competitive program, who will give birth to a generation of children in deep space. But halfway to a distant but livable planet, a lethal bomb kills three of the crew and knocks The Phoenix off course. Asuka, the only surviving witness, is an immediate suspect.

Asuka already felt like an impostor before the explosion. She was the last picked for the mission, she struggled during training back on Earth, and she was chosen to represent Japan, a country she only partly knows as a half-Japanese girl raised in America. But estranged from her mother back home, The Phoenix is all she has left.

With the crew turning on each other, Asuka is determined to find the culprit before they all lose faith in the mission—or worse, the bomber strikes again.

Yume Kitasei is a writer of speculative fiction. She is half-Japanese and half-American and grew up in a space between two cultures—the same space where her stories reside. She lives in Brooklyn with two cats, Boondoggle and Filibuster. Her stories have appeared in publications including New England Review, Catapult, SmokeLong Quarterly, and Baltimore Review. The Deep Sky is her first novel. Visit her online at yumekitasei.com.

"The Deep Sky is a beautiful tightly-wound mystery. It is both an intimate character portrait and a thriller. The space geek in me loves the way the voyage feels like a completely plausible extension of our current billionaire-fueled space race." —Mary Robinette Kowal, winner of the Hugo, Nebula, and Locus Awards

"There are so many things to love about Yume Kitasei's debut, but I especially adored how real every moment felt: the politics of boarding school and our future world; the lapsed friendships and estranged parents; the guilt of surviving, of being chosen. In The Deep Sky, Kitasei puts us under the microscope not in judgment but with a fair and caring eye; she looks for the best in us." —C. L. Clark, author of The Unbroken