One Thousand and One Nights (Modern Plays) (Paperback) 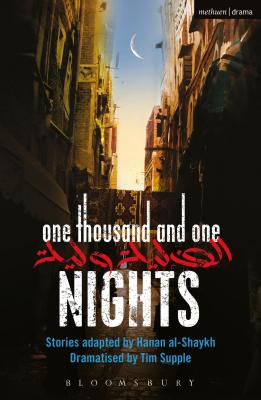 One of the world's great folk story-cycles adapted for the stage by leading theatre maker Tim Supple, from the stories written by the seminal Lebanese novelist Hanan al-Shaykh. This unique edition will unlock the ancient tales for a new generation of readers and performers.

Hanan al-Shaykh is widely regarded as one of the foremost experts on Arab womanhood. Her works include Women of Sand and Myrrh, The Story of Zahra, Beirut Blues and The Locust and the Bird. Tim Supple is one of the world's leading theatre directors and creators. His widely-acclaimed works include Twelfth Night (Channel 4 film), Tales from Ovid, A Servant to Two Masters (both RSC) and a multi-lingual A Midsummer Night's Dream (Dash Arts/world tour).