The Goophered Grapevine and Other Stories (Dodo Press) (Paperback) 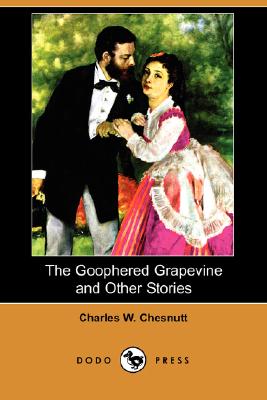 Charles Waddell Chesnutt (1858-1932) was an African American author, essayist and political activist, best known for his novels and short stories exploring racism and other social themes. He was born in Cleveland, Ohio. His parents were "free persons of color". They offered to sell him into slavery. Charles entered school at the age of eight, and at 16, became a student-teacher. He continued to study and teach, eventually becoming assistant principal of the normal school in Fayetteville. He began writing stories that appeared in various magazines, including The Atlantic Monthly, where he published his first short story, The Goophered Grapevine, in 1887. His first book, a collection of short stories entitled The Conjure Woman, was published in 1899. He continued writing short stories, and a biography of Frederick Douglass. He also wrote several full-length novels and appeared on the lecture circuit. Some scholars argue that his short stories are examples of American realism. Other works include: The Passing of Grandison (1899), The House Behind the Cedars (1900) and The Colonel's Dream (1905).