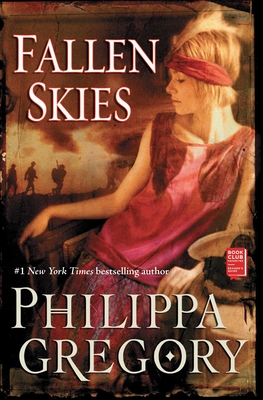 Fallen Skies takes readers to post-World War I England in a suspenseful story about the marriage of a wealthy war hero and an aspiring singer he barely knows.

Can a family's mannered traditions and cool emotions erase the horrors of war from a young couple's past?​

Lily Valance is determined to forget the horrors of the war by throwing herself into the decadent pleasures of the 1920s and pursuing her career as a music hall singer. When she meets Captain Stephen Winters, a decorated veteran, she's immediately drawn to his wealth and status. And Stephen, burdened by his guilt over surviving the Flanders battlefields where so many soldiers perished, sees the possibility of forgetting his anguish in Lily, but his family does not approve.

Lily marries Stephen, only to discover that his family's façade of respectability conceals a terrifying combination of repression, jealousy and violence. When Stephen's terrors merge dangerously close with reality, the truth of what took place in the mud and darkness brings him and all who love him to a terrible reckoning.

Philippa Gregory is the author of many New York Times bestselling novels, including The Other Boleyn Girl, and is a recognized authority on women’s history. Many of her works have been adapted for the screen including The Other Boleyn Girl. She graduated from the University of Sussex and received a PhD from the University of Edinburgh, where she is a Regent. She holds honorary degrees from Teesside University and the University of Sussex. She is a fellow of the Universities of Sussex and Cardiff and was awarded the 2016 Harrogate Festival Award for Contribution to Historical Fiction. She is an honorary research fellow at Birkbeck, University of London. She founded Gardens for the Gambia, a charity to dig wells in poor rural schools in The Gambia, and has provided nearly 200 wells. She welcomes visitors to her website PhilippaGregory.com.