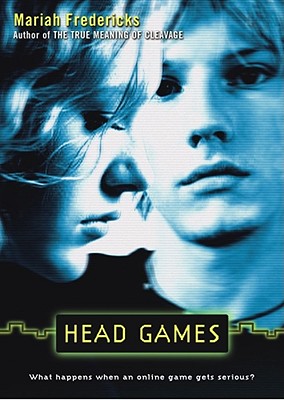 By Mariah Fredericks
$6.99
Email or call for price.

To Judith, fantasy rules. Particularly in the Game, which she plays online with a bunch of strangers she knows only as the Witch, the Drunken Warrior, and Irgan the Head Case. In the gaming world it's strictly alternative identities. No one knows who you are, no one gets too close.

But one player in the Game is coming after her -- and he's a lot closer than Judith guesses.

Mariah Fredericks is the author of the bestselling novel The True Meaning of Cleavage, which Meg Cabot called "Laugh-out-loud funny and way twisted!" She is also the author of Head Games, Crunch Time, and two previous books in the In the Cards series, Love and Fame.

Mariah accepts that cats are her superior in every way and would never dream of insulting one by trying to own it. However, she has been reading tarot cards since she was a teenager, and while she knows that it is lame to believe in fortune-telling, her readings keep coming true, so she keeps doing them. She has even written a tarot guide called The Smart Girl's Guide to Tarot.

"[Will leave] readers with the same wistful feeling as 'Game Over.'"
-- Kirkus Reviews