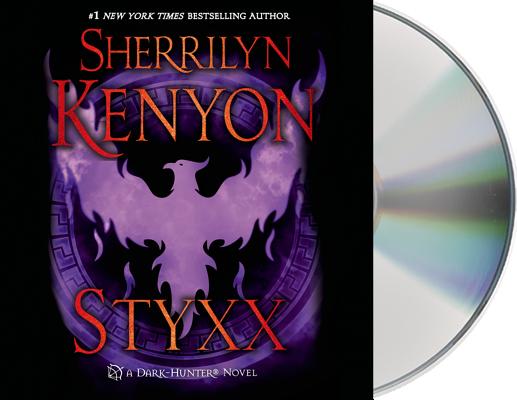 This is book number 17 in the Dark-Hunter Novels series.

The most highly-anticipated novel in the Sherrilyn Kenyon's Dark-Hunter series since Acheron is here—the unforgettable story of Styxx, Acheron's twin brother and one of the most powerful beings on earth

Just when you thought doomsday was over . . .

Centuries ago Acheron saved the human race by imprisoning an ancient evil bent on absolute destruction. Now that evil has been unleashed and it is out for revenge.

As the twin to Acheron, Styxx hasn't always been on his brother's side. They've spent more centuries going at each other's throats than protecting their backs. Now Styxx has a chance to prove his loyalty to his brother, but only if he's willing to trade his life and future for Acheron's.

The Atlantean goddess of Wrath and Misery, Bethany was born to right wrongs. But it was never a task she relished. Until now.

She owes Acheron a debt that she vows to repay, no matter what it takes. He will join their fellow gods in hell and nothing is going to stop her. But things are never what they seem, and Acheron is no longer the last of his line. Styxx and Acheron must put aside their past and learn to trust each other or more will suffer.

Yet it's hard to risk your own life for someone who once tried to take yours, even when it's your own twin, and when loyalties are skewed and no one can be trusted, not even yourself, how do you find a way back from the darkness that wants to consume the entire world? One that wants to start by devouring your very soul?

Fred Berman is a five-time winner of the AudioFile Earphone Award for Audiobook Narration and the recipient of the 2013 Audie Award for narration in Spy the Lie. He has read a number of audiobooks for young listeners, including Judy Blume’s Soupy Saturdays with The Pain & The Great One and Andrew Clements’s The Last Holiday Concert. He has also narrated the audiobooks for Robert Kirkman’s popular series, The Walking Dead.

Berman is an accomplished actor of both the stage and screen as well, performing on Broadway as Timon in The Lion King and off-Broadway in Hamlet, Twelfth Night, and King Lear. On television, Berman has had roles on NBC’s hit series Smash as well as All My Children and Law and Order. He lives in New York City.

“[A] publishing phenomenon . . . [Sherrilyn Kenyon is] the reigning queen of the wildly successful paranormal scene . . . Just one example of arguably the most in-demand and prolific authors in America these days.” —Publishers Weekly

“Kenyon's writing is brisk, ironic and relentless imaginative. These are not your mother's vampire novels.” —Boston Globe