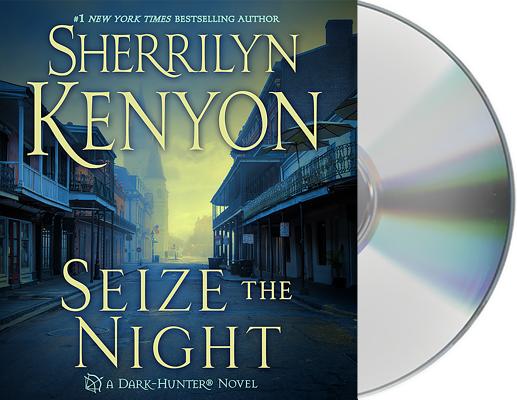 By Sherrilyn Kenyon, Fred Berman (Read by)
$45.99
Email or call for price.

This is book number 6 in the Dark-Hunter Novels series.

Valerius isn't a popular Dark-Hunter-he's a Roman, which means that the largely Greek Hunters have a major grudge against him and his civilization for superceding them. To make things worse, he's very conscious of his aristocratic background and breeding. So it serves him right when he runs into Tabitha Devereaux. She's sassy, sexy, and completely unwilling to take him seriously. (Not to mention that she's the twin sister of the wife of former Dark-Hunter Kyrian-Val's mortal enemy.) What Tabitha does take seriously is hunting and killing vampires-and soon she and Val have to grapple with the deadliest of all Daimons-one who's managed to come back from the dead, and holds a serious grudge against both of them. To win against evil, Val will have to loosen up, learn to trust, and put everything on the line to protect a man he hates and a woman who drives him nuts, in Seize the Night by #1 New York Times bestselling author Sherrilyn Kenyon.

Fred Berman is a five-time winner of the AudioFile Earphone Award for Audiobook Narration and the recipient of the 2013 Audie Award for narration in Spy the Lie. He has read a number of audiobooks for young listeners, including Judy Blume’s Soupy Saturdays with The Pain & The Great One and Andrew Clements’s The Last Holiday Concert. He has also narrated the audiobooks for Robert Kirkman’s popular series, The Walking Dead.

Berman is an accomplished actor of both the stage and screen as well, performing on Broadway as Timon in The Lion King and off-Broadway in Hamlet, Twelfth Night, and King Lear. On television, Berman has had roles on NBC’s hit series Smash as well as All My Children and Law and Order. He lives in New York City.