The Tree of Life (Paperback) 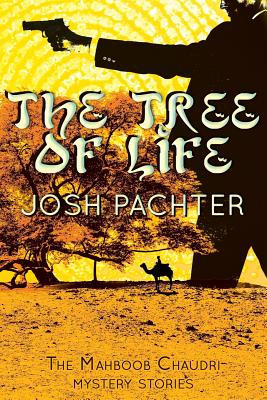 "When his hand reappeared, he was holding neither cigarettes nor keys. He was holding a small black revolver that glittered evilly in the diffused light admitted by the curtains, and his hand was steady as he touched it to the temple of the sleeping man in the bed . . ." Murder, kidnapping, robbery, smuggling, industrial sabotage and international terrorism - Mahboob Chaudri, a Pakistani native working as a police officer in the Middle Eastern island emirate of Bahrain, tackles all these crimes and more ... and solves them with a charming mixture of logic, wisdom, wit and heart. From 1984 to 1986, seven short Chaudri stories by Josh Pachter appeared in the pages of Ellery Queen's Mystery Magazine and Alfred Hitchcock's Mystery Magazine, and three more were later published in other places. In his classic anthology, The Ethnic Detectives, noted author/critic Bill Pronzini called Chaudri "one of crime fiction's most delightful new detectives," and the Chaudri stories have been reprinted in several "Year's Best" collections and other anthologies. In The Tree of Life, all 10 of the Chaudri stories are gathered together in a single volume for the first time, complete with a new introduction and new afterwords for each story by the author.