Carl Schmitt and Leo Strauss in the Chinese-Speaking World: Reorienting the Political (Paperback) 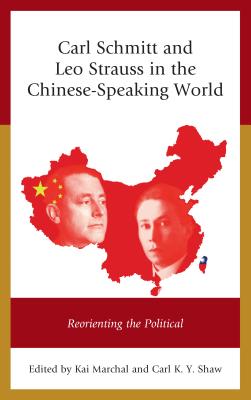 Carl Schmitt and Leo Strauss in the Chinese-Speaking World: Reorienting the Political examines the reception of Carl Schmitt and Leo Strauss in China and Taiwan. The legacies of both Schmitt, the German legal theorist and thinker who joined the Nazi party, and Strauss, the German-Jewish classicist and political philosopher who became famous after his emigration to the United States, are highly controversial. Since the 1990s, however, these thinkers have had a powerful resonance for Chinese scholars. Today, when Chinese intellectuals debate the Chinese state, the future role of China in the world, the liberal international order, and even the meaning of Confucian civilization, they often employ Schmittian and Straussian concepts like "the political," "friend-enemy," "state of exception," "liberal education," and "natural right." The very possibility of a genuine Chinese political theory is often thought to be tied to the legacy of these two thinkers. This volume explores this complex phenomenon with a cross-cultural and interdisciplinary approach. The twelve essays in this volume are written from a range of perspectives by philosophers, political theorists, historians, and legal scholars from China, Germany, Taiwan, and the United States.