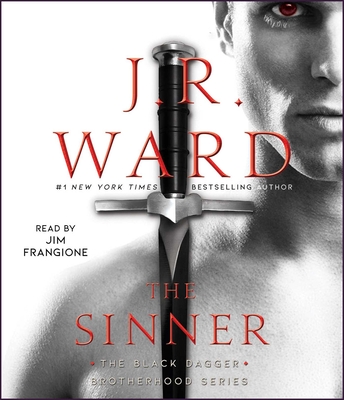 With time running out, Jo gets swept up in the fighting and must join with Syn and the Brotherhood against ultimate evil. In the end, will love true prevail...or was the prophecy wrong all along?

J.R. Ward is the author of more than thirty novels, including those in her #1 New York Times bestselling Black Dagger Brotherhood series. There are more than fifteen million copies of her novels in print worldwide, and they have been published in twenty-six different countries. She lives in the South with her family.

"Set in a world in which vampires are living unbeknownst to humans, this action-packed story starts at full throttle. Narrator Jim Frangione quickly draws listeners into the action. When Syn, a vampire, encounters Jo, a reporter, he feels an immediate bond with her. But she is unaware of her status as a half-breed vampire. Frangione gives Syn a deep, powerful voice that suggests his well-muscled physique. As the war between the vampires comes to a head, another vampire, Butch, is leading the battle. Butch is from Boston, and Frangione gives him such a classic Boston accent that listeners might imagine him sporting a Red Sox cap. The audiobook is packed with tension, passion, and moments of humor, and Frangione easily negotiates the varied emotions."
— AudioFile Magazine