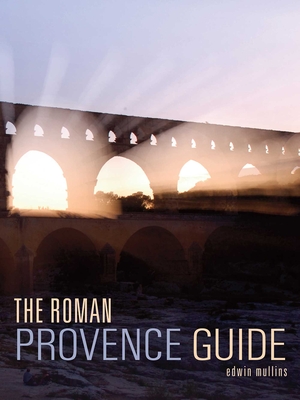 Provence owes its name to Julius Caesar who described the region as “the Province of Rome.” Edwin Mullins seeks out hidden traces of that ancient world along with the many spectacular monuments that today adorn the cities of Nîmes, Arles, Vienne, and Orange. He tells the story of how the Romans came to invade Provence, how they stayed to colonize it, and how they transformed Provençal cities into imitations of Rome. His narrative also tells how the Emperor Constantine brought about the conversion of the Roman Empire to Christianity from his favorite city of Arles—and how the Romans were eventually driven out by the Visigoths. Roman Provence is also a guide to the principal sites in the region as well as those rarely visited, with separate chapters on various Roman achievements: triumphal arches, aqueducts, farming, city life, bridges and road-building, temples and shrines, theaters and amphitheaters.

Edwin Mullins has written widely about the visual arts and particularly about French art and architecture. His many books include The Pilgrimage to Santiago, Avignon of the Popes, The Camargue, Roman Provence and the award-winning In Search of Cluny: God’s Lost Empire.

"The Roman Empire's 600-year rule of most of Europe included ancient Provence, in France, where many Roman ruins are located. Provence is home to France's oldest road, numerous aqueducts, temples, sculptures, and amphitheatres of Julius Caesar's grandiose design. This guide to the astonishing feats of engineering and architecture of ancient France will appeal to those interested in Roman and French history, as well as archaeology, travel, and art. Maps, photographs of the sites, and lists of museums accompany the text, which details how the Romans came to occupy and colonize Provence, how they transformed Provencal cities into imitations of Rome, and, in the end, how they inspired the medieval church architecture that followed the empire's collapse."

"Although the Roman Empire was eventually vanquished, it has never vanished. In "The Roman Provence Guide," author Edwin Mullins shares his knowledge of known sites and hidden traces of the empire within the present day and historical boundaries of Caesar's "Province of Rome."...Part-historical account, part-traveler's companion, 'The Roman Provence Guide' puts in context Rome's 600-year rule of ancient Provence, which also included regions of the Pyrenees, Alps and Rhone Valley. It also includes maps, site photos, a list of museums and visitor centers, and a further reading list."

The author offers a close look at the monuments left behind by the Romans- often a stone-by-stone account of the construction process as well as who was responsible for the concept and/or the building of a particular structure- all the while putting each into historical perspective... From the beginning of this concise account we are given an in-depth look at the Romans in Provence. 'The Roman Provence Guide' becomes one of those books you can't put down... I found this one of the best guide books for this region. Other books about Provence may superficially describe Roman ruins, but none explains their origins in such interesting detail.

The author of this guide to the Roman ruins of Provence is an expert on this ancient empire, and in this book he shares his vast knowledge of the monuments and sites that dot the cities of Nimes, Arles, Vienne and Orange... A fascinating way to learn about the remaining traces of an ancient empire.

Provence boasts more Roman-era architecture than anywhere else in the world; this new guide to the area's Roman heritage provides a hefty dose of ancient history along with maps, photographs, and a list of museums and visitor centers.