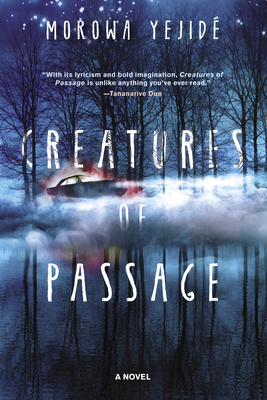 "Yejid 's writing captures both real news and spiritual truths with the deftness and capacious imagination of her writing foremothers: Zora Neale Hurston, Toni Morrison and N.K. Jemisin...Creatures of Passage is that rare novel that dispenses ancestral wisdom and literary virtuosity in equal measure."
--Washington Post

"The novel is worthy of every Toni Morrison comparison it receives, effortlessly blending the brutalities of D.C.'s history with the mythical and supernatural. Creatures of Passage is a lyrical journey that will stick with you."
--NPR, a Best Book of 2021

"Creatures of Passage resists comparison. It's reminiscent of Beloved as well as the Odyssey, but perhaps its most apt progenitor is the genre of epic poems performed by the djelis of West Africa...All these otherwise clashing elements become, in this cast, a cohesive whole, telling us that this, too, is America."
--New York Times Book Review

"In its luminous prose, and its nods to mysticism and myth, the novel brings to mind the best of Toni Morrison. It's that good."
--Washington Post, One of the Best Books about Washington, DC