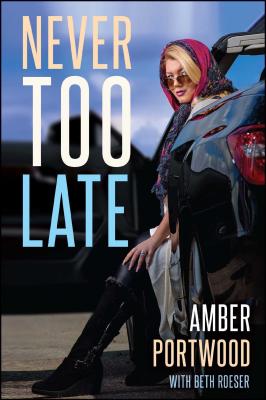 When Amber Portwood debuted on MTV’s hit reality series 16 & Pregnant, no one could have predicted that the teenager from Anderson, Indiana with the dry sense of humor would go on to become one of the most controversial young celebrities in reality TV history. But soon after Amber stepped into the public eye, her life spiraled into chaos.

From her struggles with anxiety, depression and addiction to her brutal onscreen fights with her boyfriend, Amber seemed a troubled young woman destined to destroy herself. And that was all before she shocked everyone by sending herself to prison for seventeen months!

But behind Amber Portwood’s shocking behavior is a story the cameras never captured. It’s a story of hardship and hope, of relationships torn apart by tragedy and addiction and put back together with strength, love and determination. After years of losing herself in a daze of sex, drugs and depression, Amber made the decision to stand up and do whatever it took to save her life, her family, and herself.

With her trademark honesty, Amber tells the real story of how she learned to deal with the demons that nearly destroyed her. Never Too Late sends a powerful message that no matter how far down a person might fall, it’s never too late to get back up and change the future.

Amber Portwood is a larger than lifepersonality, famous for her shockingbehavior on the MTV reality shows, 16 &Pregnant and Teen Mom. Her mostchallenging moments in life were caught onTV, which included partying, drugs, legalbattles, and ended with a seventeen monthsentence in prison; but Amber found thestrength to save her life, rekindle herrelationship with her family, and reinventherself. After a controversial stint in prison,Amber has been rehabilitated and isfocused on being a great mom, going tocollege and building her career aroundhelping others with substance dependencies. She lives in Anderson, Indiana, close to her daughter Leah.