Pacific Rampart: A History of Corregidor and the Harbor Defenses of Manila and Subic Bays (Hardcover) 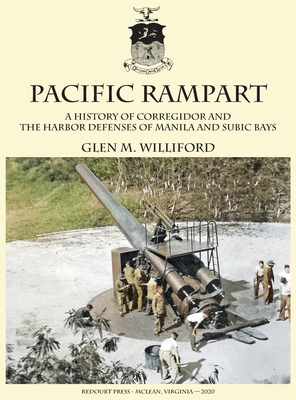 This book is the definitive history of the forts and harbor defenses of Manila and Subic Bay in the Philippines. The heavily illustrated work tells the story of these fortified islands, including the famed island of Corregidor, from the fortifications built by the Spanish in 1898 to the Japanese defenses in 1945. Drawing on years of research from the National Archives and many primary sources, this book describes the various proposed defensive plans and the fortifications actually built by the US Army between 1904 and 1942. It chronicles the heroic defense and desperate fighting early in the Second World War that led to the famous surrender of these defenses, as well as the intense combat in early 1945 when these fortified islands were retaken from the Japanese. This book is simultaneously a unit history (primarily of the Coast Artillery units stationed on the islands over almost 50 years), a technical history (the impressive weapon systems and their supporting garrison infrastructure), and a combat history (taking and then retaking of the fortress during the Second World War). This 470-page, hardcover book is thoroughly supported with endnotes, a bibliography, six appendixes, and over 340 illustrations (black and white photographs, maps, and plans for many of the islands' structures). The author, Glen M. Williford, has invested over 30 years of research into Pacific Rampart, making it the primary source on these historical defenses and a must for any serious student of these fortifications and the fascinating history of Corregidor and Manila and Subic Bays.