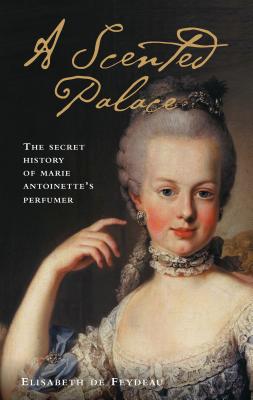 Montpellier, 1748: Jean-Louis Fargeon is born into a family of perfumers and soon becomes apprenticed to his father's modest perfumerie. But he dreams of the glittering court of Versailles and of becoming perfumer to the young queen, Marie Antoinette. His ambition carried him to Paris where his boutique became one of the most elegant and well-patronised in France. Concocting sumptuous perfumes and pomades for most of the French nobility, Fargeon eventually caught the attention of the queen. After meeting Marie Antoinette in the Trianon Palace, he began creating lavish bespoke scents that perfectly reflected her moods and personality. He served as her personal and exclusive perfumer for fourteen years until 1789 when the darkness of Revolution swept across France, its wrath aimed at the extravagance of a now hated queen. Fargeon, a lifelong supporter of the Republican cause but a purveyor to the court, was in a dangerous position. Yet he remained fiercely loyal to Marie Antoinette, beyond her desperate flight to Varennes, her execution and even through his own imprisonment and trial.

Elisabeth de Feydeau obtained a PhD in the history of perfume at the Sorbonne. She is a professor of the Versailles School of Perfumers and cultural adviser to France's great perfume houses such as Thierry Mugler, Chanel, Guerlain and Lancaster. She was awarded the Prix Guerlain for this book.