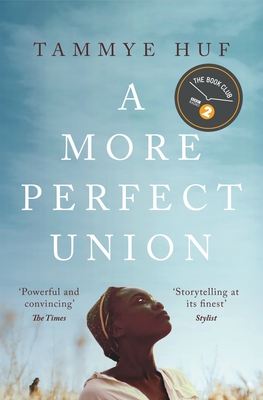 Henry O'Toole sails to America in 1848 to escape poverty and famine in Ireland, only to find anti-Irish prejudice awaiting him. Determined never to starve again, he changes his surname to Taylor and heads south to the state of Virginia, seeking work as a travelling blacksmith on the prosperous plantations. Sarah is a slave. Torn from her family and sold to Jubilee Plantation, she must navigate the hierarchy of her fellow slaves, the whims of her white masters, and now the attention of the mysterious blacksmith. Fellow slave Maple oversees the big house with bitterness and bile and knows that a white man's attention spells trouble. Given to her half-sister as a wedding present by their white father, she is set on being reunited with her husband and daughter, at any cost.

This extraordinary debut novel heralds the arrival of an exciting new voice in Black women's writing. The novel is first-person narration told in alternating viewpoints. Set in 1848-1849 in Ireland, New York and Virginia (primarily Virginia). It is an interracial love story set in pre-Civil War America, and inspired by the true story of Huf's great-great-grandparents. Along with love and race, it touches on themes of identity, sacrifice, belonging and survival.

Research included contemporary slave narratives (printed to further the abolitionist cause), digitally remastered audio recordings of former slaves, legislation on the question of slavery in the mid-19th century, historical texts on the Irish famine and first-hand accounts of English visitors to Ireland at the time, the writings of Charles Trevelyan (responsible for famine relief under Peel and Russell), historical texts on the antebellum South, and visits to the historically preserved Jubilee Plantation in Virginia on which the novel's plantation is based.

Tammye Huf is a teacher, translator and copywriter. She was runner-up in the 2018 London Magazine Short Story Prize and has stories published in Diverse Voices Quarterly, The Penmen Review and elsewhere. Born in the US, she moved to Germany and now lives in the UK in Walton-on-Thames, Surrey.