The Weird of Hali: Innsmouth (Paperback) 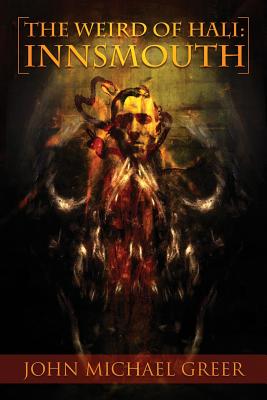 This is book number 1 in the Weird of Hali series.

There Are Two Sides To Every Story

Like every other grad student at Miskatonic University, Owen Merrill knows about the Great Old Ones, the nightmare beings out of ancient legend that H.P. Lovecraft unearthed from archaic texts and turned into icons of modern fantasy fiction. Then a chance discovery--a lost letter written by Lovecraft to fellow Weird Tales author Robert Blake--offers a glimpse into the frightful reality behind the legends, and sends Owen on a desperate quest for answers that shatters his familiar world forever.

As he flees across the witch-haunted Massachusetts landscape toward the mysterious seaside town of Innsmouth, Owen finds himself caught up in a secret war between the servants of the Great Old Ones and their ancient enemies, a war in which yesterday's friend may be tomorrow's foe and nothing is as it seems. The history of the world is not what he has been taught--and the tentacles reaching out for him from the shadows of a forbidden past may hold not only his one chance of escape from the terrifying forces closing around him, but the last hope of life on Earth...