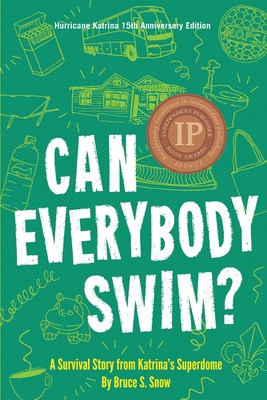 We stood chest deep in water as we watched the female police officer remove the man from his wheelchair restraints. Steadying the man, she turned to us and asked, "Can Everybody Swim?"

News coverage surrounding Hurricane Katrina and its aftermath captured America's rapt attention and swelled our hearts. Stories of lawlessness and violence still abound from the flooded City. Who can forget the Louisiana Superdome?

Can Everybody Swim? takes you beyond the camera's lens on a journey through the maelstrom. A shortage of cash combined with a fierce loyalty to protect the Gentilly neighborhood family home purchased by his Ecuadorian immigrant grandparents led the then twenty-five-year-old author and his family to remain in their City to weather the storm, including enduring six days in the infamous Superdome. Follow this family of four and a half as they survive the worst natural disaster of the 21st century.