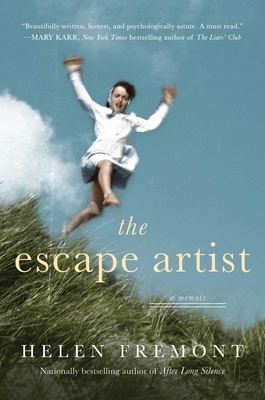 By Helen Fremont
Email or call for price.
Not In Store - Available to Special Order

A luminous family memoir from the author of the critically acclaimed Boston Globe bestseller, After Long Silence, lauded as “mesmerizing” (The Washington Post Book World), “extraordinary” (The Philadelphia Inquirer), and “a triumphant work of art” (Publishers Weekly, starred review).

In the tradition of Alison Bechdel’s Fun Home or George Hodgman’s Bettyville, Fremont writes with wit and candor about growing up in a household held together by a powerful glue: secrets. Her parents, profoundly affected by their memories of the Holocaust, pass on, to both Helen and her older sister, a penchant for keeping their lives neatly, even obsessively compartmentalized, and a zealous determination to protect themselves from what they see as danger from the outside world.

She delves deeply into the family dynamic that produced such a startling devotion to secret keeping, beginning with the painful and unexpected discovery that she has been disinherited in her mother’s will. In scenes that are frank, moving, and often surprisingly funny, Fremont writes about growing up in such an intemperate household, with parents who pretended to be Catholics but were really Jews—survivors of Nazi-occupied Poland. She shares tales of family therapy sessions, disordered eating, her sister’s frequently unhinged meltdowns, and her own romantic misadventures as she tries to sort out her sexual identity.

In a family devoted to hiding the truth, Fremont learns the truth is the one thing that can set you free. Scorching, witty, and ultimately redemptive, The Escape Artist is a powerful contribution to the memoir shelf.

In addition to The Escape Artist, Helen Fremont is the author of the national bestseller After Long Silence. Her works of fiction and nonfiction have appeared in numerous journals and anthologies, including Prize Stories: The O. Henry Awards, Ploughshares, and The Harvard Review. A graduate of the Warren Wilson MFA Program for Writers, she has been a teaching fellow at both Bread Loaf and the Radcliffe Institute. She worked as a public defender in Boston, where she now lives with her wife. You can find Helen online at HelenFremont.com.

"Helen Fremont has rendered a devastating family portrait of the intergenerational trauma that can torment the children of Holocaust survivors. Beautifully written, honest, and psychologically astute. A must read."
— Mary Karr, New York Times bestselling author of THE LIARS' CLUB

"The Escape Artist  does what the best memoirs do by forcing readers out of their own comfy shoes and into those of another human being. By the time Helen Fremont returned me to my own life at book's end, I found it had been both shaken and expanded by hers. Isn't this why we read?"
— Richard Russo, Pulitzer Prize-winning author of Chances Are… and Empire Falls

“Fremont has created a humane, honest, eviscerating but entertaining exploration of intimate betrayal, the legacy of secrets and the high cost of truth-telling. I was gripped by this powerful and utterly engrossing memoir and remain haunted by the characters and feelings it aroused. From what was taken away, Fremont has given to all of us.”
— George Hodgman, New York Times bestselling author of Bettyville

“[A] wrenching, riveting memoir. . . . With hard-won clarity and compassion, Fremont shows herself to be a teller of complex truths and a literary artist.”
— Margo Jefferson, New York Times bestselling and NBCC Award winning author of Negroland

“A stunner of a family memoir—a harrowing, sometimes mordantly funny account of the wages of secrecy bred of war and dislocation. . . . A page-turner of uncommon valor.”
— Patricia Hampl, bestselling author of The Art of the Wasted Day and A Romantic Education

“What an extraordinary memoir this is. The brute force of history casts its shadow on the intimate tangle of family life, in a story that is riveting to read. Its mysteries are contemplated so beautifully, I felt it was a book that would stay with me for a very long time.”
— Joan Silber, NBCC and Pen/Faulkner Award–winning author of Improvement

“Powerful . . . The Escape Artist is a psychological thriller as well as a shattering account of growing up in a family that has survived genocide and refuse to acknowledge it.”
— Helen Epstein, bestselling author of Children of the Holocaust and The Long Half-Lives of Love and Trauma

"Being disowned by your family six weeks after your father’s funeral is excellent material for a memoir, but in this astounding and vibrant book, that’s just the beginning. With humor and plaintiveness, Fremont mines the crushing toll that intergenerational denial and secret-keeping has on her family, and in the process discovers the extreme cost and virtue of revelation. A luminous and psychologically attuned portrayal of trauma."
— Amanda Stern, author of Little Panic: Dispatches from an Anxious Life

"A haunting book about the cost -- and necessity -- of truth."
— People

"A riveting exploration of trauma and its aftermath."
— Booklist

"One would be hard-pressed to find a family without secrets, but the secrets in Helen Fremont’s family were especially heavy to bear. After being legally disavowed from her father’s will, Fremont found the freedom to untangle the individual threads in her knotted family for the first time—and the result is illuminating, smart and darkly funny."
— BookPage

“Read the book. In openly confronting the consequences of telling family stories — twice, after bad results the first time! — Fremont takes the reader along with her on the risky moon shot that is family memoir. With this eloquent guide, it is a difficult tour worth taking.”
— The Washington Post

"For any reader, The Escape Artist is engrossing, complex, and difficult to believe, proving truth is stranger than fiction. But it is a must-read for those writing memoirs of their own—not to warn of the bad things that can result from publication, but because Fremont puts herself under a sharp lens while also showing great empathy for those who caused her pain. Fremont’s prose is raw yet generous in a way all writers of memoir should aspire to, and in a way all humans should approach treating and understanding one another."
— Wellesley Magazine