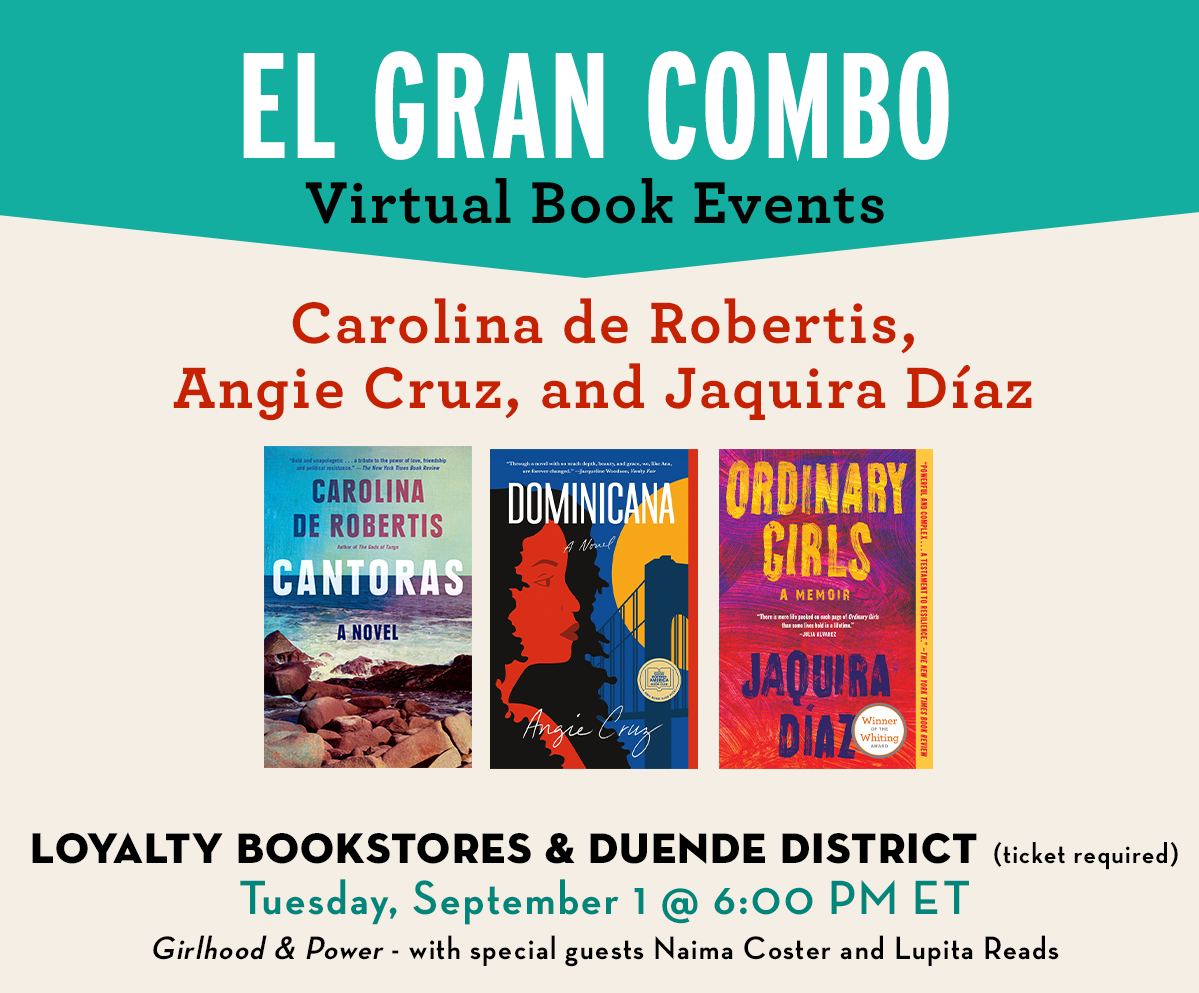 CANTORAS: In 1977 Uruguay, a military government crushed political dissent with ruthless force. In this environment, where the everyday rights of people are under attack, homosexuality is a dangerous transgression to be punished. And yet Romina, Flaca, Anita “La Venus,” Paz, and Malena—five cantoras, women who “sing”—somehow, miraculously, find one another. Together, they discover an isolated, nearly uninhabited cape, Cabo Polonio, which they claim as their secret sanctuary. Over the next thirty-five years, their lives move back and forth between Cabo Polonio and Montevideo, the city they call home, as they return, sometimes together, sometimes in pairs, with lovers in tow, or alone. And throughout, again and again, the women will be tested—by their families, lovers, society, and one another—as they fight to live authentic lives. A genre-defining novel and De Robertis’s masterpiece, Cantoras is a breathtaking portrait of queer love, community, forgotten history, and the strength of the human spirit. At once timeless and groundbreaking, Cantoras is a tale about the fire in all our souls and those who make it burn.

DOMINICANA: Fifteen-year-old Ana Cancion never dreamed of moving to America, the way the girls she grew up with in the Dominican countryside did. But when Juan Ruiz proposes and promises to take her to New York City, she has to say yes. It doesn’t matter that he is twice her age, that there is no love between them. Their marriage is an opportunity for her entire close-knit family to eventually immigrate. So on New Year’s Day, 1965, Ana leaves behind everything she knows and becomes Ana Ruiz, a wife confined to a cold six-floor walk-up in Washington Heights. Lonely and miserable, Ana hatches a reckless plan to escape. But at the bus terminal, she is stopped by Cesar, Juan’s free-spirited younger brother, who convinces her to stay. As the Dominican Republic slides into political turmoil, Juan returns to protect his family’s assets, leaving Cesar to take care of Ana. Suddenly, Ana is free to take English lessons at a local church, lie on the beach at Coney Island, see a movie at Radio City Music Hall, go dancing with Cesar, and imagine the possibility of a different kind of life in America. When Juan returns, Ana must decide once again between her heart and her duty to her family.

ORDINARY GIRLS: While growing up in housing projects in Puerto Rico and Miami Beach, Díaz found herself caught between extremes. As her family split apart and her mother battled schizophrenia, she was supported by the love of her friends. As she longed for a family and home, her life was upended by violence. As she celebrated her Puerto Rican culture, she couldn’t find support for her burgeoning sexual identity. From her own struggles with depression and sexual assault to Puerto Rico’s history of colonialism, every page of Ordinary Girls vibrates with music and lyricism. Díaz writes with raw and refreshing honesty, triumphantly mapping a way out of despair toward love and hope to become her version of the girl she always wanted to be. Reminiscent of Tara Westover’s Educated, Kiese Laymon’s Heavy, Mary Karr’s The Liars’ Club, and Terese Marie Mailhot’s Heart Berries, Jaquira Díaz’s memoir provides a vivid portrait of a life lived in (and beyond) the borders of Puerto Rico and its complicated history—and reads as electrically as a novel.

CAROLINA DE ROBERTIS is a writer of Uruguayan origins and the author of The Gods of Tango, Perla, and the international best seller The Invisible Mountain. Her novels have been translated into seventeen languages and have garnered a Stonewall Book Award, Italy’s Rhegium Julii Prize, a National Endowment for the Arts Fellowship, and numerous other honors. She is also a translator of Latin American and Spanish literature and editor of the anthology Radical Hope: Letters of Love and Dissent in Dangerous Times. In 2017, the Yerba Buena Center for the Arts named De Robertis on its 100 List of “people, organizations, and movements that are shaping the future of culture.” She teaches at San Francisco State University and lives in Oakland, California, with her wife and two children.

ANGIE CRUZ is the author of two novels, Soledad and Let It Rain Coffee, a finalist in 2007 for the IMPAC Dublin Literary Award. She has published work in The New York Times, VQR, Gulf Coast Literary Journal, and other publications, and has received fellowships from the New York Foundation of the Arts, Yaddo, and the MacDowell Colony. She is founder and editor in chief of Aster(ix), a literary and arts journal, and is an associate professor of English at the University of Pittsburgh.

JAQUIRA DíAZ was born in Puerto Rico. Her work has been published in Rolling Stone, the Guardian, Longreads, The Fader, and T: The New York Times Style Magazine, and included in The Best American Essays 2016. She is the recipient of two Pushcart Prizes, an Elizabeth George Foundation grant, and fellowships from the MacDowell Colony, the Kenyon Review, and the Wisconsin Institute for Creative Writing. She lives in Miami Beach with her partner, the writer Lars Horn.

ABOUT THE SPECIAL GUESTS

Naima Coster is the author of HALSEY STREET, and a finalist for the 2018 Kirkus Prize for Fiction. Naima's stories and essays have appeared in the New York Times, Kweli, The Paris Review Daily, Catapult, The Rumpus, and elsewhere. She holds an MFA in Creative Writing from Columbia University, as well as degrees from Fordham University and Yale. She has taught writing for over a decade, in community settings, youth programs, and universities. She lives in Brooklyn with her family.

Lupita Aquino is a clinical research professional by day and bookstagrammer by night. She is the co-founder and current moderator for LIT on H St Book Club at Solid State Books. She is a passionate reader amplifying and highlighting books written by authors of color through her Instagram and blog. When she’s not reading, you can find her spending the day with her wife and son at a local independent bookstore. She currently lives in Maryland, and you can find her on Instagram at @lupita.reads, on twitter at @Lupita_Reads, or catch her column over at Washington Independent Review of Books.