CANCELLED due to public health concerns. Those who order a copy of book below will get a BLACK BROTHER t-shirt free with their order! 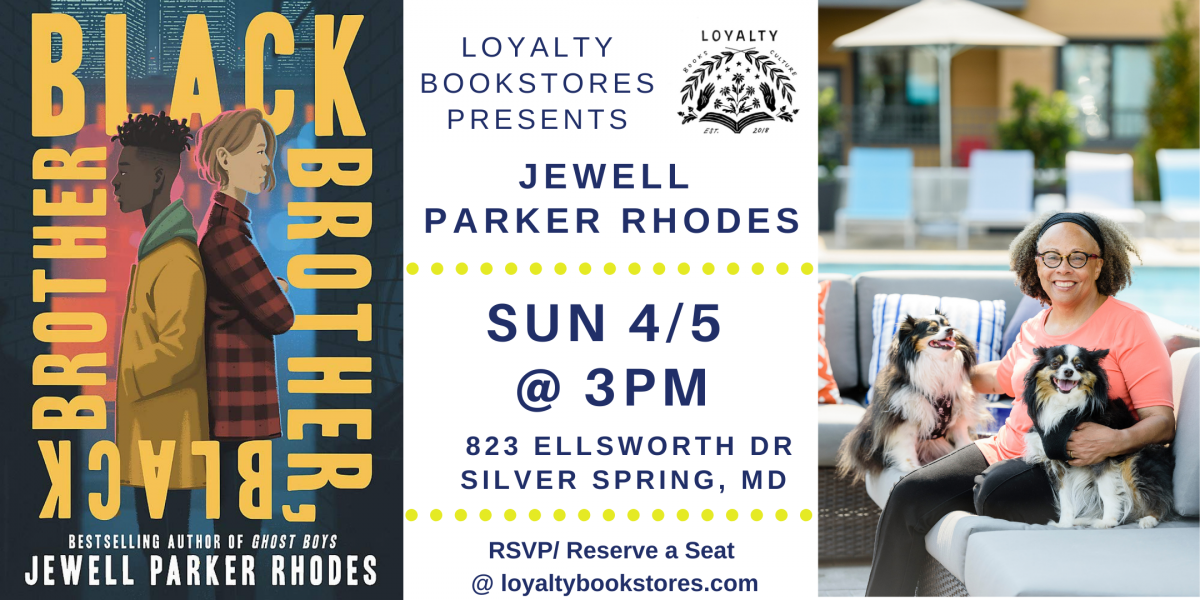 From award-winning and bestselling author, Jewell Parker Rhodes comes a powerful coming-of-age story about two brothers, one who presents as white, the other as black, and the complex ways in which they are forced to navigate the world, all while training for a fencing competition.