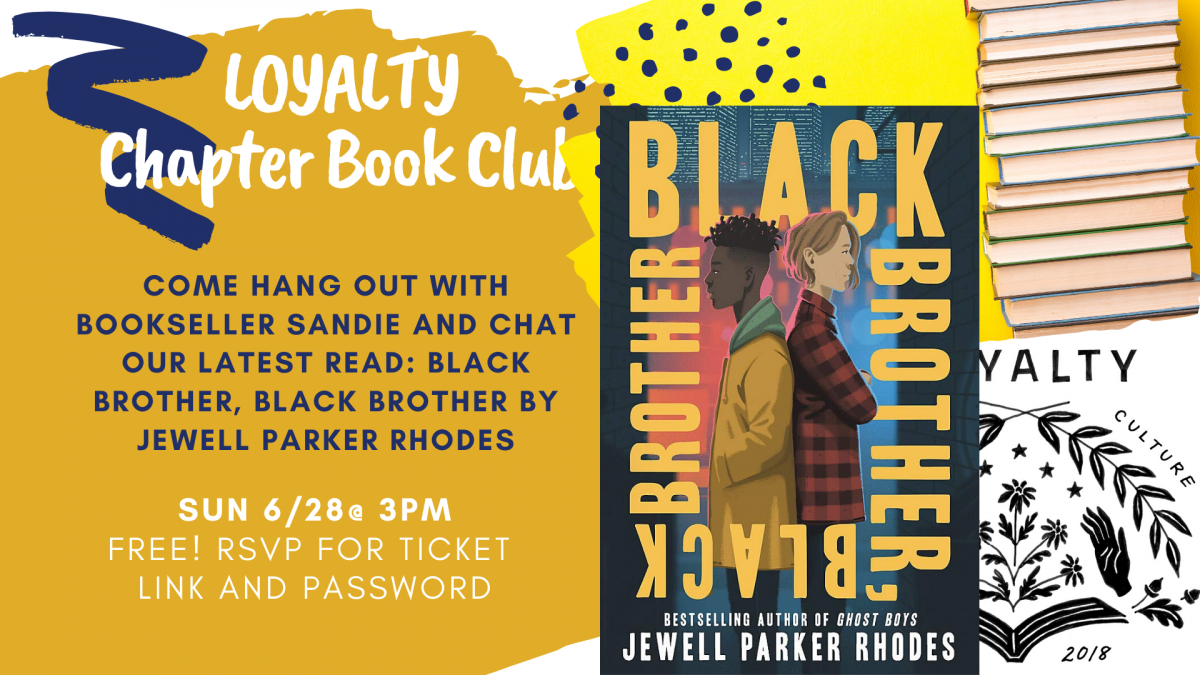 Join us for our latest book club! Aimed at kids enjoying chapter reading or those aspiring to it we'll have short games, discussions, and a light (prepacked, individually sealed) snack. Our first meeting we'll be voting on books to read and a name as well so that the readers in the club get to be a part of building it. Book reviewer, bookseller, and We Need Diverse Books Partner Sandie will lead the club once a month on Sundays. This event is free, but please RSVP below via the ticket button for a link and password to the event.

From award-winning and bestselling author, Jewell Parker Rhodes comes a powerful coming-of-age story about two brothers, one who presents as white, the other as black, and the complex ways in which they are forced to navigate the world, all while training for a fencing competition.

Framed. Bullied. Disliked. But I know I can still be the best.