Nikki Richard for DEMON IN THE WHITELANDS 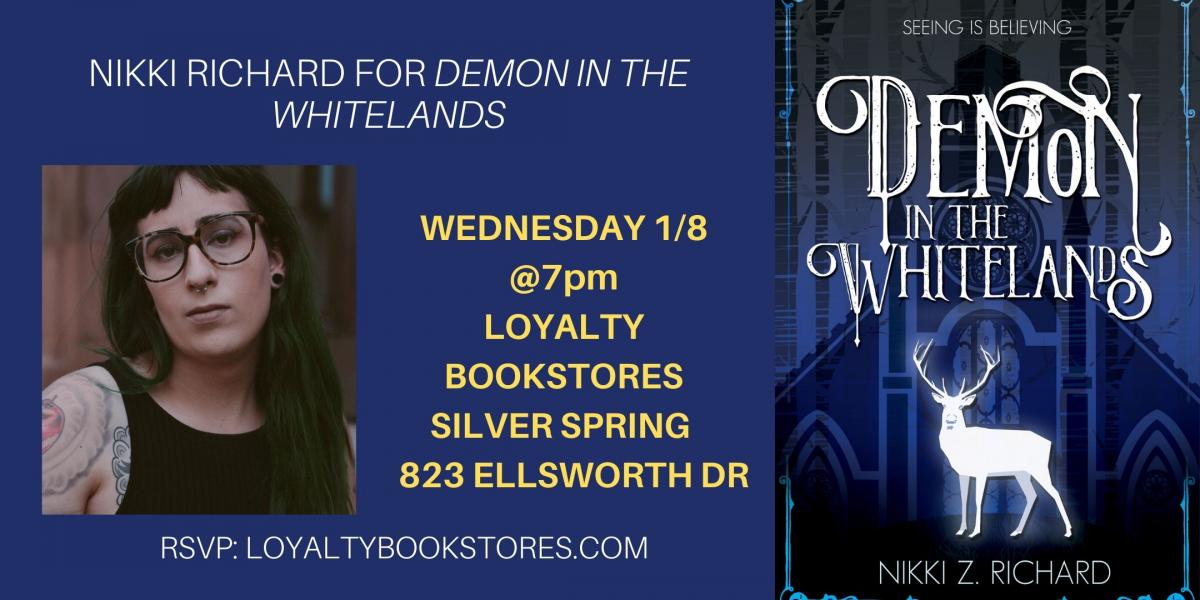 Join us for a reading and discussion with author Nikki Richard for her novel Demon in the Whitelands.

DEMON IN THE WHITELANDS is LET THE RIGHT ONE IN meets INTO THE FOREST, a debut YA novel from Nikki Richard.

Sixteen-year-old Samuel, son of devout cleric, has endured shame and prejudice his entire life. Although he is destined to become clergy too, he longs for an ordinary life in the whitelands away from demons and holy roots.

When the mayor claims to have captured a mute demon girl, Samuel is forced to become her caretaker. But as Samuel gets to know the prisoner, he finds her not to be very demonlike. Instead, she is intelligent, meek, and an exceptional artist. Despite her seeming goodness, some more concerning things cannot be explained. Samuel is hard-pressed to reconcile her uncanny strength and speed, missing arm, ambiguous gender, and the mysterious scars covering most of her body.

Samuel forms a deep attachment to the girl with predator eyes and violent outbursts, against his father’s advice. Their friendship could turn into something more. But when Samuel discovers the mayor’s dark intentions, he must decide whether to risk his own execution by setting her free or watch as the girl is used as a pawn in a dangerous game of oppression, fear, and murder.

Nikki Richard is a multifaceted queer artist with moods and coping mechanisms. Her debut YA novel, Demon in the Whitelanss, was published by Month9Books in September 2019. Her short stories and poems have also been published in literary journals and anthologies including Nasty, Mosaics, FIVE Poetry, and Welter, and has been a recipient of the Adele V. Holden Creative Writing award.

Born and raised in Southwest Louisiana, Nikki is a graduate of the MFA program of Creative Writing and Publishing Arts at the University of Baltimore. She is currently a doctoral student of English Literature at Morgan State University, and lives in Baltimore with her wife, daughter, and cat.

THIS EVENT IS FREE BUT RSVP BELOW

Demon in the Whitelands (Paperback)