This event is now an online, twitter chat! Use hashtag #WRBGLOYALTY on Saturday, 3/28 at 3pm and join owner Hannah Oliver Depp and to share your thoughts at a safe, social distance! 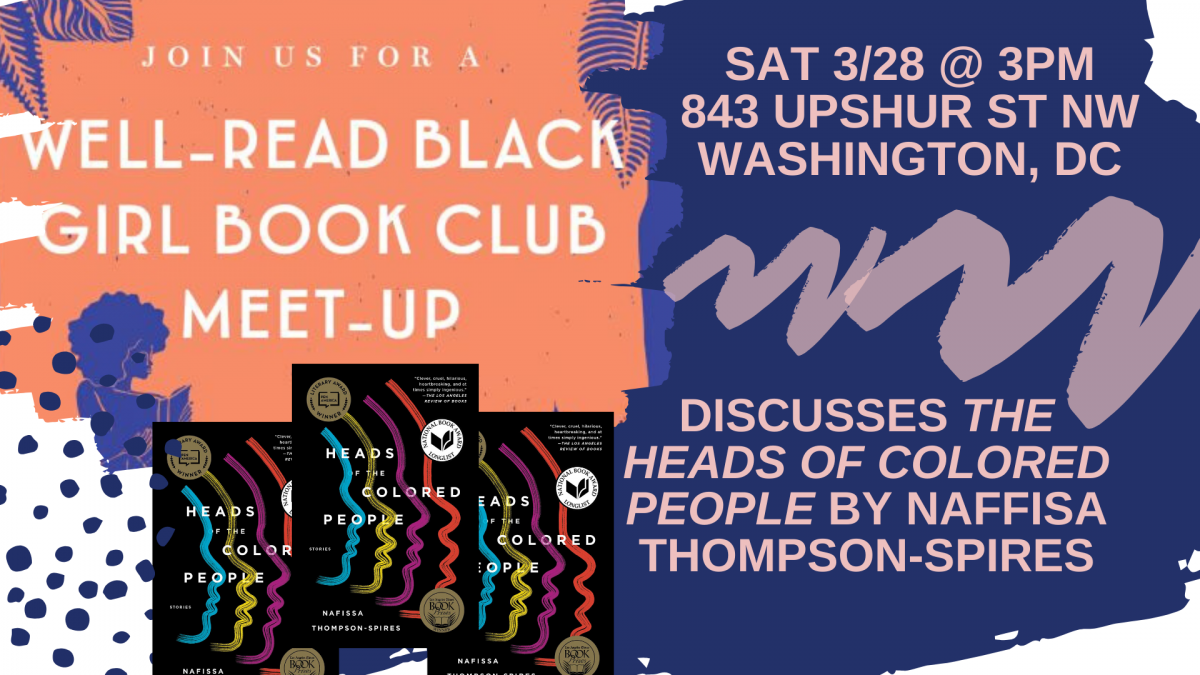 ABOUT THE BOOK CLUB

The Well-Read Black Girl Book Club is a national book club started by Glory Edim that meets physically within Indie Bookstores. We read books that center on Black women and non-binary folk's stories and all are welcome to attend. The club reads a variety of genres, classics, new literature and nonfiction, and YA that covers the breadth of experience from the diaspora. Loyalty's club often reads along with the national club recs and sometimes reads local area authors from Chocolate City. We often feature selections from the Well-Read Black Girl Anthology as well.

In one of the season’s most acclaimed works of fiction—longlisted for the National Book Award and winner of the PEN Open Book Award—Nafissa Thompson-Spires offers “a firecracker of a book...a triumph of storytelling: intelligent, acerbic, and ingenious” (Financial Times).

Nafissa Thompson-Spires grapples with race, identity politics, and the contemporary middle class in this “vivid, fast, funny, way-smart, and verbally inventive” (George Saunders, author of Lincoln in the Bardo) collection.

Each captivating story plunges headfirst into the lives of utterly original characters. Some are darkly humorous—two mothers exchanging snide remarks through notes in their kids’ backpacks—while others are devastatingly poignant. In the title story, when a cosplayer, dressed as his favorite anime character, is mistaken for a violent threat the consequences are dire; in another story, a teen struggles between her upper middle class upbringing and her desire to fully connect with so-called black culture.

Thompson-Spires fearlessly shines a light on the simmering tensions and precariousness of black citizenship. Boldly resisting categorization and easy answers, Nafissa Thompson-Spires “has taken the best of what Toni Cade Bambara, Morgan Parker, and Junot Díaz do plus a whole lot of something we’ve never seen in American literature, blended it all together...giving us one of the finest short-story collections” (Kiese Laymon, author of Long Division).