OutWrite Presents an Evening of Essays and Memoir 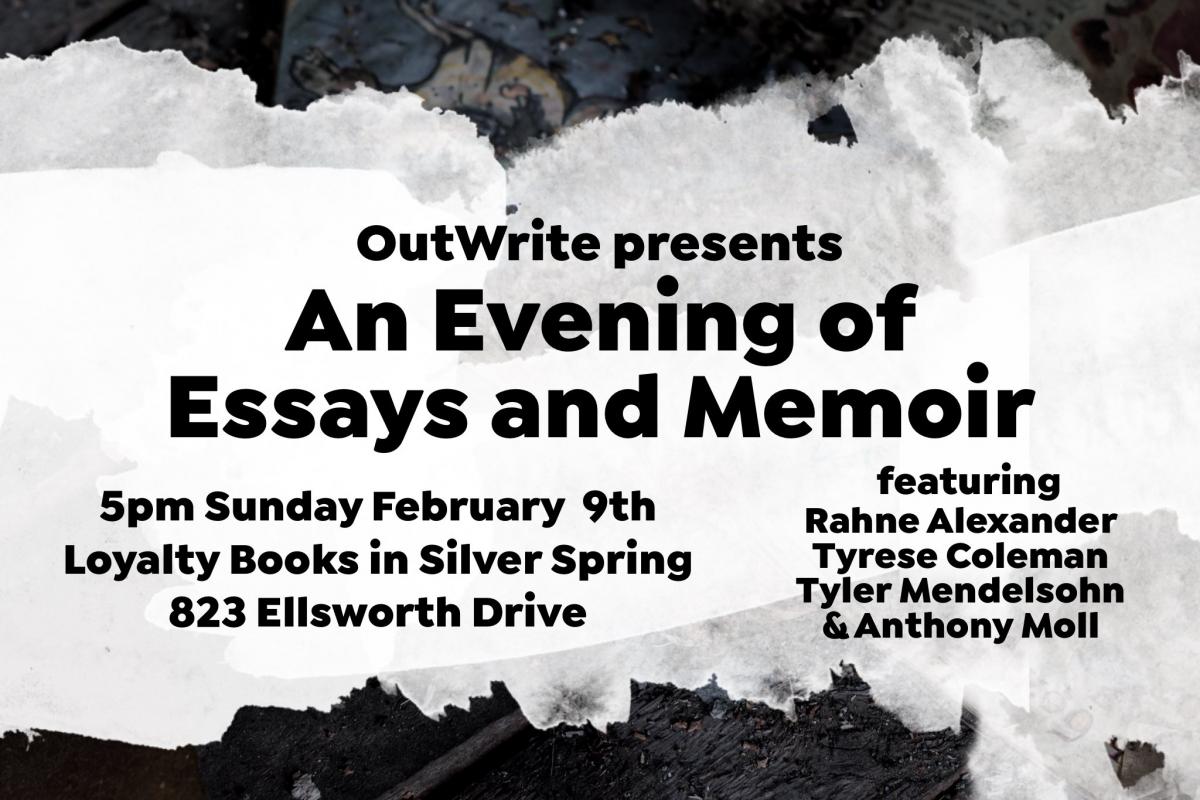 Join Loyalty Bookstores and OutWrite for an evening of local writers reading from published and works in progress!

Rahne Alexander is a multimedia artist based in Baltimore, Maryland. Her video art has been screened in galleries and festivals across the country. Rahne performs frequently with her several bands, including Santa Librada, Guided By Wire, 50’♀, Flaming Creatures, and the Degenerettes. Her publication credits range from the Baltimore City Paper to the Lambda Literary Award-winning anthology Take Me There: Trans and Genderqueer Erotica, and the Resilience Anthology.

Tyrese L. Coleman is the author of the collection, How to Sit, a 2019 Pen Open Book Award finalist published with Mason Jar Press in 2018. Writer, wife, mother, attorney, and writing instructor, her essays and stories have appeared in several publications, including Black Warrior Review, Buzzfeed, Electric Literature, Literary Hub, The Rumpus, the Kenyon Review, and noted in Best American Essays 2018. Find her at tyresecoleman.com or on twitter @tylachelleco.

Tyler Mendelsohn is a writer and editor living in Baltimore with their partner Trish and cat Cosmo. Tyler’s creative writing, essays and book reviews have been featured in publications such as The Establishment, NAILED Magazine, 3AM Magazine, Little Patuxent Review, JMWW, BmoreArt, Baltimore Fishbowl, and Queen Mob’s Tea House. Their book Laurel, published by Ink Press Productions, was released August 1st. They also play the drums in Baltimore-based band Cool Judy.

Anthony Moll is a queer poet, essayist and educator. Their work has appeared in jubilat, the Times Literary Supplement, Little Patuxent Review, Assaracus and more. Anthony holds an MFA in creative writing & publishing arts and is completing a PhD in English. Their award-winning memoir, Out of Step, is available now from The Ohio State University Press.