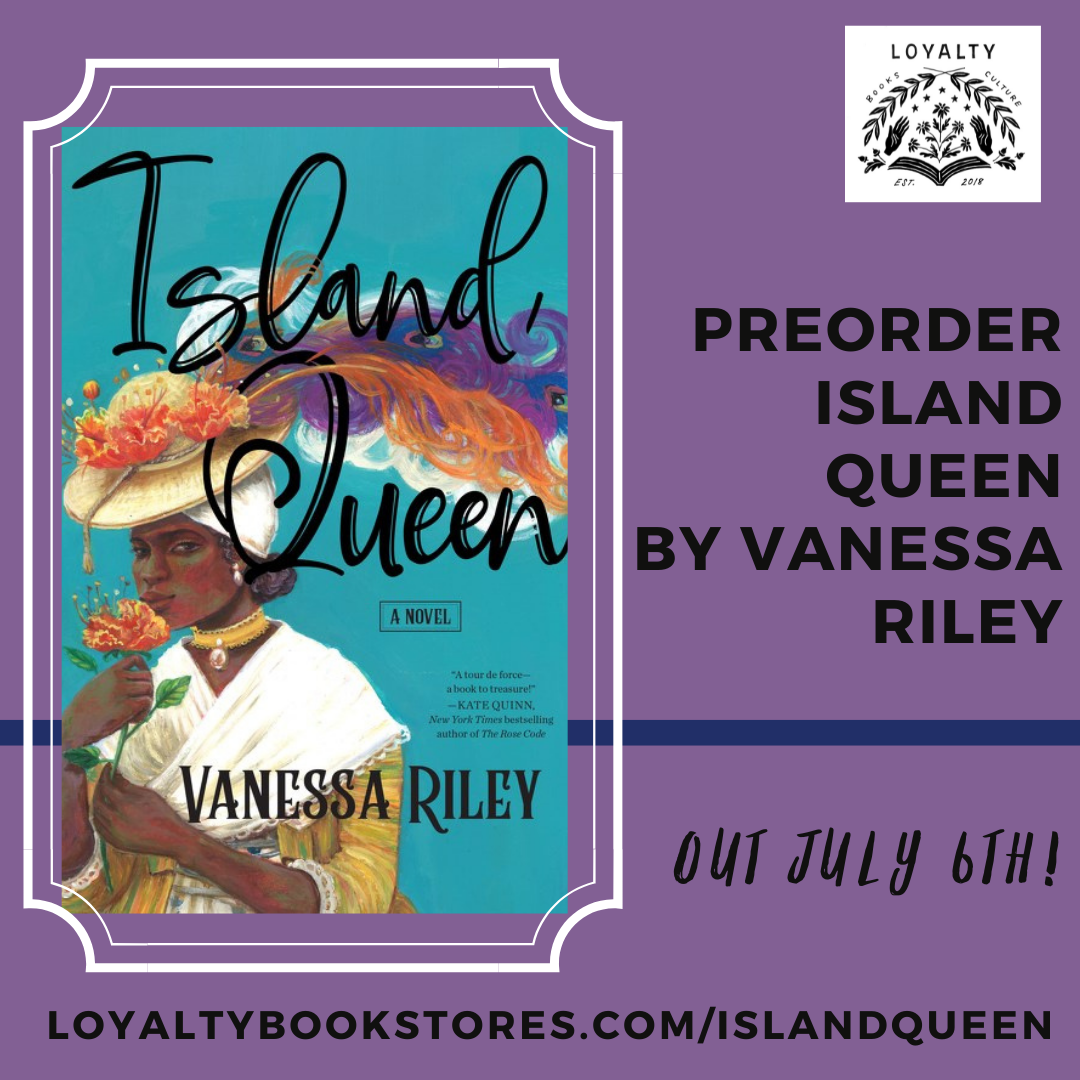 PREORDER YOUR COPY OF ISLAND QUEEN BY VANESSA RILEY & RECEIVE A SIGNED BOOKPLATES!

“Richly detailed, vividly depicted, and sweeping in scope, Island Queen is historical fiction at its absolute finest. A stunning must-read!”—Chanel Cleeton, New York Times bestselling author of The Most Beautiful Girl in Cuba

A remarkable, sweeping historical novel based on the incredible true life story of Dorothy Kirwan Thomas, a free woman of color who rose from slavery to become one of the wealthiest and most powerful landowners in the colonial West Indies.