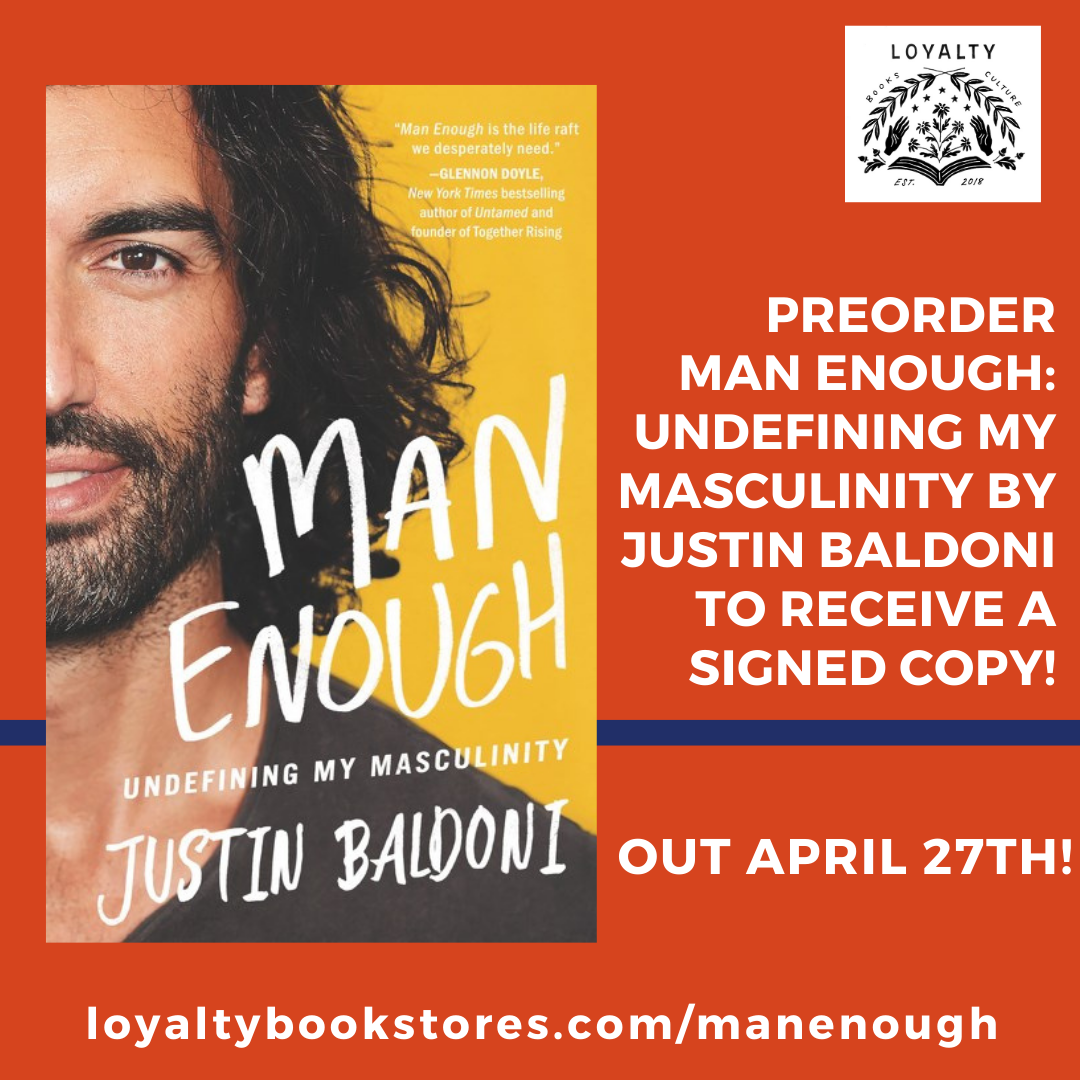 We are super psyched to be one of the indie bookstores offering special signed editions of Man Enough: Undefining My Masculinity by Justin Baldoni!! Snag your signed copy by ordering the book below! **We will update this page as soon as we sell out of signed copies**

A GRIPPING, FEARLESS EXPLORATION OF MASCULINITY

The effects of traditionally defined masculinity have become one of the most prevalent social issues of our time. In this engaging and provocative new book, beloved actor, director, and social activist Justin Baldoni reflects on his own struggles with masculinity. With insight and honesty, he explores a range of difficult, sometimes uncomfortable topics including strength and vulnerability, relationships and marriage, body image, sex and sexuality, racial justice, gender equality, and fatherhood.

Writing from experience, Justin invites us to move beyond the scripts we’ve learned since childhood and the roles we are expected to play. He challenges men to be brave enough to be vulnerable, to be strong enough to be sensitive, to be confident enough to listen. Encouraging men to dig deep within themselves, Justin helps us reimagine what it means to be man enough and in the process what it means to be human.

Justin Baldoni is a devoted husband, father of two, and Bahá’í. He is an actor, director, producer, and the co-founder and co-chair of both Wayfarer Studios and the Wayfarer Foundation. Over the last ten years, Justin has been on a journey to explore masculinity and reimagine what it means to be a man—what it means to be a human—in the world today. He has spoken about his journey with masculinity in his wildly popular TED talk, and his digital series “Man Enough”, as well as on college campuses across America.

ISBN: 9780063055599
Availability: Not In Store - Available to special order for pickup or ship. For even speediest shipping we suggest our Bookshop.org page!
Published: HarperOne - April 27th, 2021